Sexual Challenges of Middle Age and Beyond 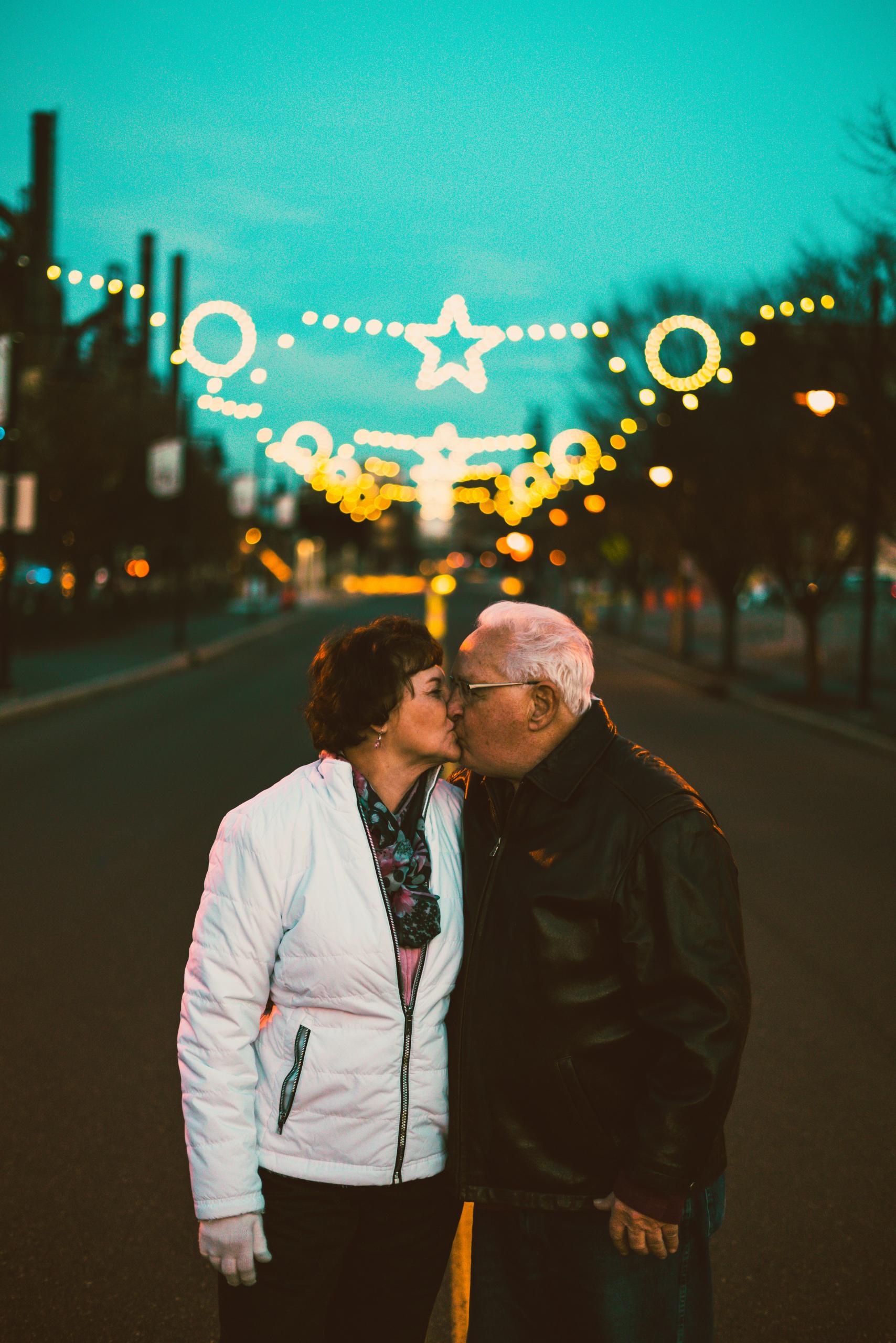 When considering the sexuality of the aging population, negative attitudes, prejudices and discomfort abound, with a prevailing notion that older people should be largely asexual. Think about how biased and disparaging are the terms “dirty old man” and “cougar,” referring to older men and women with healthy libidos, respectively. The thought of one’s parents having sex is disturbing and cringe-worthy for many. How about the notion of one’s grandparents sharing an intimate moment? Why is it so disconcerting to imagine the passionate coupling of aging bodies that have lost youthful suppleness? Why are the adjectives that often come to mind regarding elder sex “ugh”, “creepy,” “repulsive,” etc.?

Sexuality represents so much more than an act of physical pleasure. For men, it is emblematic of potency, virility, fertility, and masculine identity. For women, it represents femininity, desirability, and vitality. For both genders, sex is an expression of physical and emotional intimacy, a means of communication and bonding that occurs in the context of skin-to-skin, face-time contact that gives rise to happiness, confidence, self-esteem, well-being, and quality of life. Sexual health is not only an important part of overall health, but also provides comfort, security and ritual that permeates positively into many other areas of our existence.

No matter what our chronological age is, our need for physical and emotional intimacy remains intact. Understandably, sex in the senior years is not always possible and is often compromised because of medical issues, absence of a partner or declining sexual interest.

The Long and Short of It

If he has a sexual problem, they have a problem.

If she has a sexual problem, they have a problem.

If he and she have sexual problems, they really have a problem.

In the aging demographic, he’s often limper, she’s often dryer, and one or both not so much in the mood, a perfect storm for challenges in the bedroom.

Sexual function — in parallel with other bodily functions — changes with the aging process. Since it takes “two to tango,” sexual issues that have surfaced in one partner may exacerbate the sexual issues in the other partner, requiring adaptation of each member of the couple to their partner’s age-related physical and sexual changes. Chronic diseases (arthritis, diabetes, cardiovascular disease, etc.) are increasingly prevalent with aging and both the illnesses themselves and the medications used to manage them may negatively affect sexuality.

There are many means of expressing sexuality, but for purposes of this discussion I will refer to penile-vaginal sexual intercourse. For effective penile-vaginal sexual intercourse to occur four processes need to be functional: penile erectile rigidity and durability, vaginal lubrication, vaginal contractile activity, and adequate hip and pelvic joint function to allow for pelvic thrusting and external hip rotation. These processes foster the close contact and smooth frictional movement of the genital surfaces against each other. The aging process often compromises one or more of these factors and impairs adequate frictional movement, requiring adaptation, creativity, and not uncommonly, alternative means of satisfying a couple’s sexual needs.

The aging process can be unkind and Father Time (as well as the ravages of poor lifestyle habits, medical issues, their treatment, and other factors) does not spare sexual function. For men, all aspects of sexuality decline, although sexual interest and drive suffer the least depreciation, leading to men who are eager but frequently unable to achieve a rigid erection — a frustrating combination. Age-related changes that affect male sexuality include penile shrinkage, decreased libido, diminished erectile rigidity and durability, feeble ejaculation (less semen, less force, less arc) and less climactic orgasms. The male downswing in sexual function usually has a slow and gradual trajectory that is based on many factors, with the progressive decline in testosterone production that occurs with aging (“andropause”) one of the key contributing factors. Testosterone deficiency can affect sexual desire as well as contribute to penile anatomical changes since testosterone has a vital role in maintaining genital anatomical integrity.

Another factor is that penile sensitivity often decreases with aging, such that it takes a greater extent of stimulation to achieve sexual climax.

For women, all aspects of sexuality decline as well. Age-related changes that affect female sexuality include vaginal and vulval dryness, genital irritation and thinning, vaginal narrowing and shortening, reduced sex drive, decreased arousal and lubrication, diminished ability to achieve orgasm and a tendency for painful intercourse. Issues such as urinary incontinence and pelvic organ prolapse can put a further damper on sexual function. The female downswing in sexual function occurs more precipitously than the male decline; although based on numerous factors, a key factor is the cessation of estrogen production by the ovaries that occurs after menopause, typically in the early 50s.

Menopausal hot flashes, night sweats, sleep disturbances and mood changes and fluctuations collectively further diminish desire for sexual activity. Estrogens exert permissive action on vasointestinal peptide (VIP), the key vaginal neurotransmitter that results in increased vaginal blood flow and lubrication, compromising the ability of the vagina to lubricate. There is a gradual thinning of the vaginal wall and loss of the vaginal ruffles and ridges (similar to the tread on a tire wearing down). Despite general atrophy of the genital tissues, the vaginal opening often becomes lax, sometimes resulting in gaping and pelvic organ prolapse (pelvic relaxation).

Pelvic relaxation may reduce sexual gratification on a mechanical basis from vaginal laxity and uncomfortable or painful intercourse. The psychological impact goes way beyond the physical, including a negative image of one’s vagina, insecurity about partner satisfaction, embarrassment, feeling unattractive, depression, etc., all of which can negatively affect sexual fulfilment. Urinary incontinence may also contribute to an unsatisfying sex life because of fears of urinary leakage during intercourse, concerns about odor and not feeling clean, embarrassment about the need for pads, and a negative body image perception. This can adversely influence sex drive, arousal, and ability to orgasm.

Both partners may experience spine and hip age-related degenerative issues that may limit range of motion and negatively affect the ability to externally rotate their hips or to do so without pain, another key obstacle to successful penile-vaginal sexual intercourse.

In addition to the physical and hormonal factors that contribute to decreased sexual activity of the aging couple, there are many other considerations that come into play: After many years of marriage, the novelty factor wears off; priorities change; couples are often busy and fatigued with work, child-rearing and other responsibilities; emergence of urological, gynecological, orthopedic/joint problems, etc., psychological conditions (anxiety, stress and depression having to do with aging, health and other causes); and side effects from medications.

Each partner in a relationship should try to be understanding of and sympathetic to their partner’s situation and strive to compromise and find middle ground. Psychological counseling may be of great benefit to the couple suffering with the issue of libido imbalance. Urologists and gynecologists can help male and female patients, respectively, with libido and other issues of sexual dysfunction. First line strategy for optimizing sexual function is a healthy lifestyle, including healthy eating, maintaining a desirable weight, regular exercise, avoidance of stress, moderate alcohol intake, sufficient sleep, avoidance of tobacco, etc. Pelvic floor muscle training may improve sexual function in both genders.

Decreased sexual desire in females and males can often be successfully managed with hormone replacement therapy, estrogen and testosterone, respectively, when used in the proper circumstances under medical supervision.  Addvi (Flibanserin) — sometimes referred to as “female Viagra” — can help manage decreased female sexual desire. Over the counter lubricants and moisturizers can help manage vaginal dryness and discomfort associated with sexual intercourse. Small amounts of topically applied estrogen or DHEA can be helpful as well. Oral ospemifene (a selective estrogen receptor modulator) may also be used successfully for vaginal dryness and painful intercourse related to menopause. Fractional carbon dioxide laser treatments applied to the vagina may also prove beneficial when used under the right circumstances. For the male with erectile dysfunction, there are numerous options to help restore erectile rigidity in the event that the oral pharmaceuticals are ineffective.

Bottom Line: Although older adults may not be as sexually active as they once were, avoid the assumption that older adults are asexual, as that is clearly not the case. Physical changes and challenges come with aging, but these obstacles are not insurmountable. All forms of sexual expression can be enjoyable and there are numerous alternative ways one can sexually satisfy one’s partner when penetrative penile-vaginal intercourse is not possible. A man does not need an erection to experience a sexual climax; nor does a woman need a penis to experience a sexual climax. Finally, for many couples emotional intimacy can be equally important to, if not more so, than physical intimacy.

I Didn’t Use Protection and Paid Dearly

It’s a hazardous world out there and one needs to use protection to prevent disease transmission. Recently, I was cavalier and smug and didn’t use any protection. Several days after my...

Recently, I was harshly reminded of the reality of aging while on the treadmill that I have in the basement. I gazed down at the age/heart rate chart on the...

There are some fat deposits on the body that are tenacious and virtually impossible to lose despite the healthiest of diets and plenty of physical activity and exercise. Time and gravity...