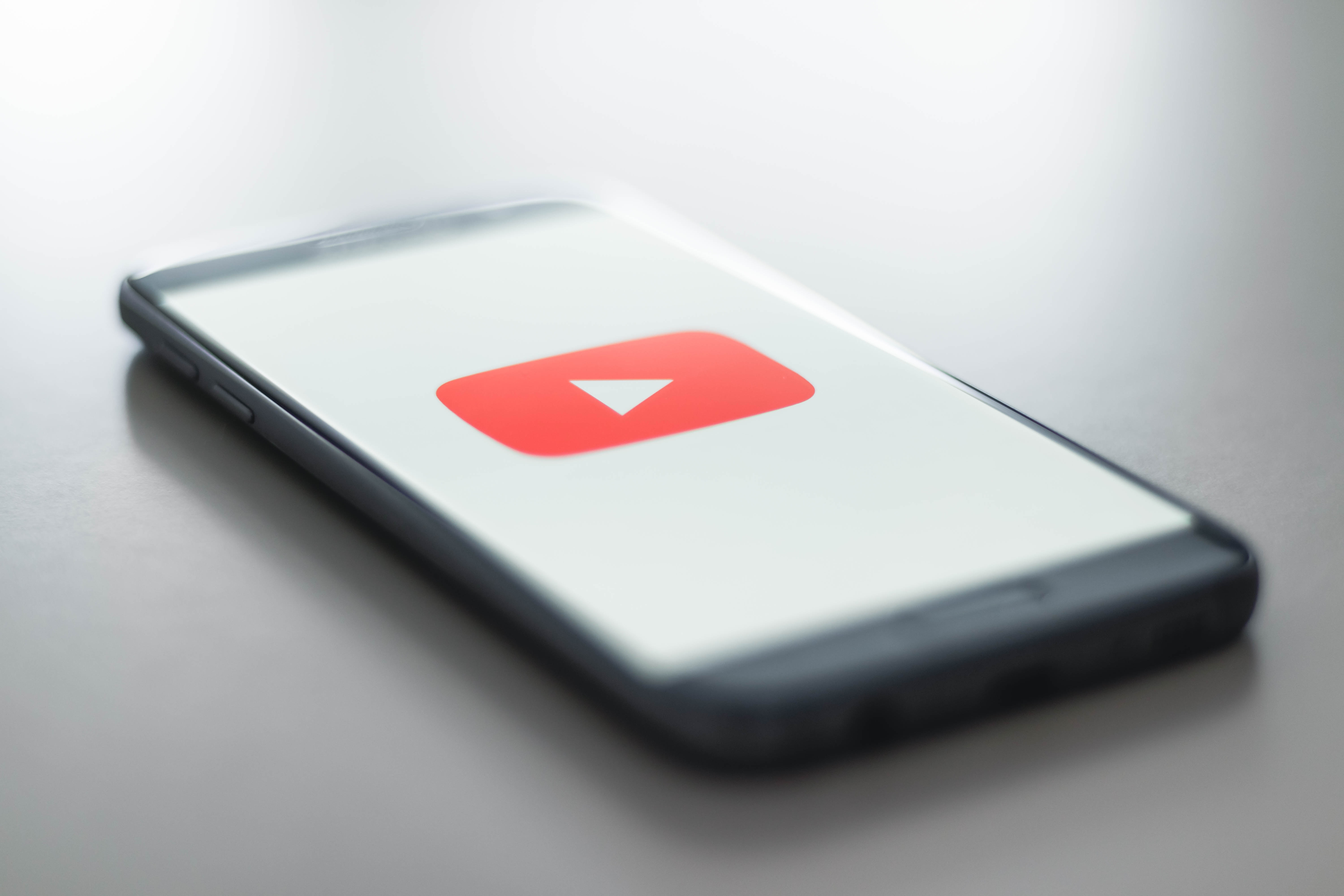 When first diagnosed with a condition, most people search online for information to help them understand what’s going on with their bodies and what the next step is. Sometimes that next step is a procedure at a hospital. While many hospital websites offer articles and helpful information, one great place to check out video content is on a hospital’s Youtube channel. However, as discussed in the article  “A Guide to Researching Health Information Online 2019,” there’s a lot of information out there that isn’t necessarily the most helpful or credible.

To make it easier for you, Doctorpedia’s team has reviewed 19 US-based hospital Youtube channels to develop a top 10 list of the best. Here are the criteria we used:

While we couldn’t view every video each hospital offered, we tried to view a cross-section of the various types (i.e., interviews, profiles, tips, and instructional videos), and we did our best to note when they did something that would be beneficial to a person like you or me looking for helpful and encouraging information that makes sense. Let’s count them down!

10) University of Pittsburgh Medical Center (UPMC) – The lead video for this channel is about how UPMC physicians used special technology to stop the growth of a placental tumor and saved an unborn baby, but it is titled “Treating Chorioangioma” which gives the viewer no clue what the video is about. The video itself is inspiring, interesting, and well-edited with nice B-roll footage, but by labeling it with medical terms the average person doesn’t know, their scope of viewers might be limited. Complicated language is also found in other videos, but on the plus side, some instructional videos use decent graphics and/or music. Only 15 playlists are used to organize the videos, and the most obvious concerns (cancer and women’s health) do not have a playlist. Still, there is plenty of diversity evidenced, and they manage to upload 4 videos a week.

9) Barnes-Jewish Hospital –  This hospital channel offers a vodcast called “Brain Coffee” featuring two physicians as hosts who discuss popular health topics in less than 20 minutes while drinking coffee at a high top in a cool coffee shop. Though the other physician introduction videos are the typical “talking heads,” videos about patients’ stories are nicely edited with appropriate music and B-roll footage. We noticed that while some videos were uploaded recently, there had been a gap of 3-4 months between uploads.

8) Northwestern Medicine – The videos in the Northwestern Medicine channel are either really great or really awful which might be evidence that this channel has been in place for about 10 years. Older videos seem unprofessional, like the FRM TV series about fertility issues which look and sound like they were recorded in a waiting room using a laptop camera and mike. But newer videos about patient stories and educational topics have nice B-roll and graphics. There seems to be a 50/50 split between promotional and instructional videos, and most are between 1-3 minutes long. We’re a little confused about the “Better Outcomes” playlist which includes videos about patients having gynecological, cardiac, and even urology procedures. “Better” appears to be an advertising slogan for Northwestern, but playlists should focus on organizing content so the viewer can locate a topic easily rather than promote an advertising concept.

7) Johns Hopkins Medicine – We were a little disappointed that most of the videos provided by Johns Hopkins seem to be intended to promote the hospital, not educate patients. Some graphics are simplistic, even cartoonish, but in videos about research findings like intestinal stem cell growth, they are varied and interesting. One problem is the lack of playlist organization, but we’re happy to note that one of the few playlists is devoted to promoting diversity training. You also can count on Johns Hopkins to upload new videos frequently.

6) Cedars-Sinai Medical Center – The physician introduction videos on this channel are far from talking heads. In the video “Let’s Talk About Colorectal Cancer,”  Dr. Zuri Murrell grabs viewer attention by saying he wants to put himself out of the cancer business by talking to the community about how easily colorectal cancer can be prevented and treated, and he encourages viewers to get over their embarrassment about saying medical terms like “anus” and “rectum.” Other playlists boast recipes, and most videos are short (2-4 minutes), but some Facebook live videos run over 30 minutes. We’re also enthusiastic about the diversity promoted in the tribute to researcher Keith Black and his Alzheimer’s eye test, and there’s a short video about makeup application for transgender patients. New videos are uploaded once a month, but viewers would be able to enjoy the best of this channel if the videos were better organized into playlists.

5) New York-Presbyterian Hospital – We are fans of the “Amazing Things Are Happening” videos which showcase medical miracles and promising research, as well as the “Meet the Staff” videos which include nice B-roll footage of featured healthcare workers doing their thing. Though most of the videos appear to be somewhat promotional, they have included some nice yoga and recipe videos. You can count on this hospital to upload about one new video per week, and with most videos running 3 minutes or less, you won’t have to spend tons of time.

4) Michigan Medicine – We appreciate the frequency of uploads and the well-defined playlists for Michigan Medicine, as well as diversity shown by physicians, B-roll, and content, like the playlist for gender identity which includes videos for both transgender patients and their healthcare providers. Excellent B-roll and images are used for some of the basic procedure videos for patients, such as total hip replacement and treating the whole person, but in the videos addressed to healthcare staff, there are lots of words to read, simplistic images, and not much to get excited about.

3) Penn Medicine – With only 8700 subscribers, we think this hospital channel is a hidden gem. Lots of first-person patient stories about conditions and recoveries, patient instructional videos, and physician interviews, and nearly all have music, interesting graphics, and/or nice B-roll footage. No more talking heads! The videos have a good length at less than 3 minutes and are excellently edited, with the exceptions of training videos or alumni conference recordings. Super diversity in the ImmunoRevolution video! Weekly uploads of at least 2-3 videos will keep us checking back for more of this one.

2) Kaiser Permanente Thrive – The best part about this hospital’s channel is its Spanish-language videos, but its focus on healthful living (think cooking and yoga video playlists) is also pretty great. We witnessed excellent editing and music in physician introduction videos, as well as cool B-roll in videos like those addressing the stigma of mental health issues. Another plus is the bite-size nature of the videos with most of them averaging under 2 minutes. We’d like to see more playlist organization (a recurring theme in our critique), but this channel has a lot to offer, especially if you want information to help you stay healthy.

1) Mayo Clinic – Our number-one choice is the Mayo Clinic which has the broadest coverage of topics, from chest surgery to cancer to foam rolling. Some of the physician interviews and Facebook live videos are just talking heads, but on any of the instructional videos, more graphics and other enhancements are used. We’re especially fond of the Mayo Clinic Minute which covers interesting topics like why your voice sounds like it does to how tidying up helps your mental health, all in one minute. Another playlist that grabbed us is “Ask the Mayo Mom” which offered helpful info about navigating vaccines and bedwetting, though most of the videos were a little long with some over 30 minutes.  Lots of diversity among the physicians, though not as much noted in the patients or B-roll used. The subscriber list for this channel is over 168,000, and its videos have had over 63 million views. Clearly, the word is out that the Mayo Clinic rocks!

Our team at Doctorpedia celebrates the accomplishments of these hospitals and the quality of videos they are producing, and we’re happy to contribute our own videos featuring expert doctors to promote patient education. Be sure to check out our websites Diabetespedia.com and Depressionpedia.com to learn more about these conditions. Doctorpedia’s family of websites is doctor-led and patient-friendly, built for you and your lifestyle. 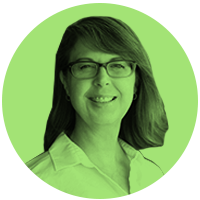 Nan Kuhlman is an author, freelance writer, and part-time university professor based in Los Angeles, CA. She currently works full-time as a technical writer in Los Angeles and part-time as an online adjunct writing instructor. She has written for scholarly publications like the University of California, Davis Writing on the Edge and Chapman University’s Anastamos Interdisciplinary Journal, among others.