What are warning signs of suicide? 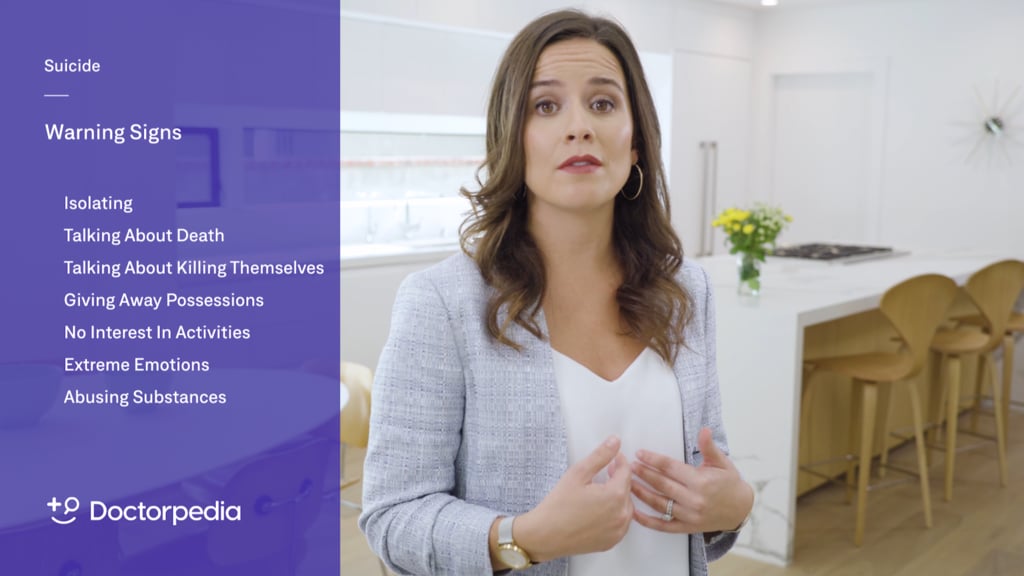 Suicide is a devastating and tragic event. There’s been more emphasis on awareness about suicide in our current society and culture – which is very important. Some warning signs of suicide include: if you notice that someone is isolating (so spending more time alone, not wanting to do things with friends and family) – that’s a very concerning sign. If they’re talking about death, wanting to die, wanting to kill themselves or hurt themselves – these are also warning signs for suicide that needed to be taken very seriously. If people start giving away their possessions or you notice that they suddenly have no interest in things that they used to have interest in, this can also be a warning sign for suicide. People experiencing extreme emotional reactions and feeling out of control those emotions and using substances to try to feel more in control of their emotions also are at higher risk for suicide. All of these are signs for suicide but the most important thing is being able to directly ask someone: Do you feel like hurting yourself? Do you feel like killing yourself? It’s a myth that asking people about suicide makes them more likely to commit suicide.