I have been working as a temporary hospitalist at Mount Sinai Beth Israel. During our orientation, we were provided with several algorithms and protocols being used at the time based on the evidence we had regarding management of anticoagulation and the use of hydroxychloroquine. Sadly, due to the novelty of the virus, none of these protocols are truly based on long-term studies or very strong evidence. We are working with what we have and know and doing our best based on the current data.

Some of the most interesting and salient aspects of management of COVID-19 I have learned include the specialty labs sent initially on admission including blood tests for D-dimer, CRP, IL6, BNP, ferritin, procalcitonin, and troponin. The full-dose anticoagulation algorithm developed for moderate and severe COVID-19 includes increasing O2 requirements and uptrending D-dimer, creatinine, and/or CRP (though these recommendations are rapidly changing). Rationale for early anticoagulation is a theory that there is pulmonary vascular thromboemboli developing and increased dead space ventilation. Risk factors for higher likelihood of progression to ICU admission include the criteria above as well as RR>24, O2 sat <90%.

Several interesting trials of treatments occurring within the Mount Sinai Health System include remdesivir, sarilumab, convalescent plasma, and mesenchymal stem cells. We all have heard about the use of plaquenil, which is being used for mild to moderate disease, but efficacy is controversial and even doubtful to many. The addition of the azithromycin is also a consideration as a synergistic effect or also for those having bacterial co-infection. This combination is not recommended for those with prolonged QT or Wolff-Parkison-White (both severe cardiological conditions). Some are also recommending Vitamin C and Zinc as well as Vitamin D supplementation, which are mostly considered benign but their effectiveness in boosting immunity is controversial.

It seems there is insufficient evidence for the use of corticosteroids but for those with COPD or asthma, they should probably not be withheld. Patients already on ACE inhibitors or ARBs for blood pressure management should not be discontinued from these medications but also patients not on these at home should not be started on them.

Keep in mind, guidelines are quickly changing based on new data. Doctors continue to innovate and adapt based on what we know and will continue to do so to fight this virus with as much vigor as possible! 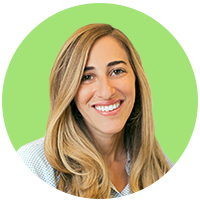 I have always been a believer in telemedicine and began utilizing this form of clinical care prior to COVID-19 due to my strong belief in its rising importance in medicine....