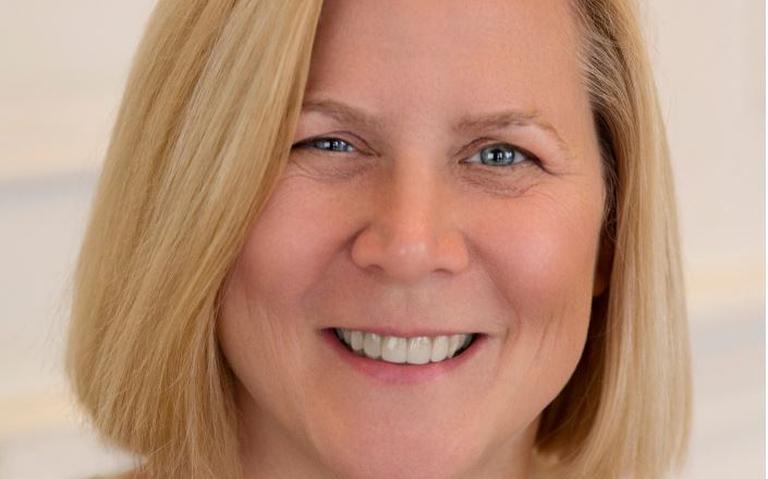 Gail Clifford doesn’t play a doctor on television or in the movies — she is one — but the aspiring screenwriter is looking to break into show business with her TV and film treatments.

“I think I’ve always enjoyed telling stories,” said Clifford, a Deerwood resident. “And, of course, as a physician, I hear all kinds of stories.”

The 50-year-old physician, mother and foster parent plans to work at Cuyuna Regional Medical Center once she receives her medical license from the Minnesota Board of Medical Practice.

“During this time, I’ve been marketing my TV pilot and a feature film, with nearly 50 script requests in the past couple weeks,” Clifford said. “The idea for the TV pilot actually came to me when I was in private practice in the ‘90s, and I joined a master’s course in screenwriting.”

ABC, CBS, Fox, NBC and The CW collectively ordered just 76 new dramas and comedies for the 2018 television pilot season, according to The Hollywood Reporter.

“I’ve already got five years mapped out, and hopefully it’ll get made — whether for a network or cable or streaming service — we don’t know,” Clifford said.

Clifford’s work includes saving lives, but she was the one who needed saving from depression and despair after her left ankle was crushed, so she found solace in screenwriting.

“I was injured at work in 2005 — pretty badly injured — and was in a wheelchair for the better part of 10 years and almost completely bedridden for a year, so I think the writing actually helped save my sanity,” Clifford said of her foray into scripting.

According to Statista, a provider of market and consumer data, about 36% of TV pilots during the 2017-18 season were ordered straight to series in the United States, down slightly from 38% in the previous season.

“It would be great to get it sold,” she said of her idea for a TV series. “It’s directly related to my experience as a physician. … Once you’ve done something for a couple of decades, it’s like, ‘OK, well it’s still interesting, but what else can I do to keep myself creatively engaged?’”

Clifford said she was accepted into medical school when she was just 15 years old. She received a Bachelor of Science degree from St. Louis University in Missouri, a private Roman Catholic research university, and her Doctor of Medicine from New York Medical College.

“I was 2 years old when I decided to be a doctor. … In medicine, especially when you start as young as I did, you tend to be idealistic. As you get further along in medicine, you find that not quite everybody is that way,” she said.

There were more than 10,000 more applicants seeking admission to a U.S. medical school during the 2018-19 school year than there were 10 years prior, according to statistics from the Association of American Medical Colleges.

Clifford said her TV pilot is about “the hypocrisies we deal with, not only with things people are actively making bad choices about, but more importantly things we’re not doing to take care of ourselves.”

She added, “Sometimes putting the patient first really can do detriment to the physician as well.”

Clifford said she has some contacts in the entertainment industry, but none who could make either her TV or her feature film project become a reality. She has culled the contact info for others, however, from the professional version of IMDb, an online database of TV and film.

“I started combing the list and I pulled out about 300 emails for producers, and in my first couple of days of marketing, I sent emails, query letters, to all 300 of those producers,” Clifford said.

She said she watches a “large swath” of television and enjoys a good romantic comedy and a well-written thriller, but she doesn’t like gore. She said she even enjoyed the performances by her aunt Barbara Clifford, an actress who worked on the “Star Trek” television series.

“With the Seattle International Film Festival, we made a short that was played at a SIFF event, so I am produced, and I’ve been optioned a couple of times as well,” Clifford said.

She said she has more than 15,000 contacts associated with her LinkedIn account and also approached each of them with a query letter over the course of several weeks.

“It takes quite a lot of time because it’s important to personalize because these are really important people, and I want to make sure they know why I think my project is a good fit for them,” said Clifford, who is also a travel writer and a photographer.

“My feature (film) is based on a New York Times bestseller’s book about a true crime that happened in Arkansas in 1987 … but I never heard about it until I read his book.”

“Rampage: America’s Largest Family Mass Murder” by Jim Moore draws on interviews, and police and autopsy reports to depict Ronald Gene Simmons, who killed 16 people, 14 of whom were relatives, including a daughter and the child he fathered with her incestuously.

According to Go Into The Story, a screenwriting blog, there were 173 spec sales of scripts for feature films in 1995 but only 62 in 2017.

“Screenwriting isn’t just something to jump into,” according to advice on how to become a screenwriter from The Balance Careers, part of a family of websites covering personal finance, career and small business topics. “There are those exceptionally few writers who seem to understand the rhythm of a movie script and have an innate gift of dialogue from the start. But for the most part, new writers need to have a basic understanding of what it is they’re trying to write, and that means research.”

Clifford said if her idea for a television pilot and/or movie were to be picked up by producers and made into a TV series and/or feature film, she probably would not give up her day job as a physician.

“I think the biggest problem with that is I get so many great lines of dialogue every time I work that I can’t quit,” said Clifford, a board-certified internist and hospitalist.