Food for thought (if you can chew, that is)

What mental health and your mouth have in common

I was inspired to learn a new word recently: ‘edentulous’, meaning lacking teeth. It happened after I encouraged a patient to smile as he was being discharged from a mental health ward. ‘What with?’ he snapped, peering closely at me with an open grimace revealing a gummy mouth in a markedly poor state. It made me pause- his teeth seemed in worse condition than when he was admitted to hospital nearly a year ago, come to think of it.

What psychiatry lacks in availability of blood tests and x-rays to aid the process of making a diagnosis, it makes up for in mastery of expression in order to understand a patient and their needs, and the mouth is a direct conduit for this. Indeed, this was the instrument used for pioneering psychoanalytic work by a major figure in the field, Sigmund Freud. It is what we use to talk with patients, what we observe as part of assessment of mental state and the preferred route of administration for the medication we prescribe.

Something to sink your teeth into

Human beings have 32 permanent teeth, the surfaces of which are named according to the relative direction they face in the mouth. Before the 17th century, medical and dental care were more or less integrated before dentistry evolved as a discrete speciality.

The interaction between oral and mental health manifests in both directions- it has been reported that over half of us have some anxiety about visiting the dentist and in some cases this can deepen into a phobia. Conversely, mental illness can contribute to poor oral health- patients with severe mental illness are almost three times more likely to have edentulism or have twice as many missing, decayed or filled teeth.

This can lead to problems with speech, changes in facial appearance and difficulties in swallowing. There are even links between edentulism and depression, heart disease and cancer and it remains a major public health problem globally.

Long in the tooth

There are a number of reasons why state of dentition of patients with mental illness may be affected. The patient with depression may not care about their facial appearance anymore and succumb to self-neglect. The patient with mania may repeatedly brush their teeth leading to erosion of tooth enamel. The patient with drug addiction may develop caries from the sugar content of methadone syrup they are prescribed.

If patients are dependent, carers may lose sight of oral hygiene whilst supporting their mental health. There may be behavioural factors linked to mental illness mitigating against routine dental checks, which can cause problems in the long-term. They may not have the financial capacity to commit to regular oral hygiene practices or health promotion activities and even if they did, it has been reported that people with mental illness are more likely to be excluded from such programmes as they may be perceived to be a nuisance.

Bitten off more than we can chew?

So why are teeth something psychiatrists should be thinking about? Well, we are contributing to the problem! Medications commonly prescribed for patients with mental illness are often done so for long periods, and can be associated with side-effects such as dry mouth- leading to increased risk of caries, inflammation of the mouth or even infection of the gums. Psychiatric medication may also cause side-effects relating to abnormal movements of the face, including teeth-clenching and tongue protrusion and it is reported that patients with mental illness in general are particularly vulnerable to oral trauma and soft-tissue pathologies compared to their healthy counterparts.

There may also be a lack of availability of adequate dental provision or support allied with mental health units where patients may often stay for months or more.

So what can we do? As psychiatrists, it is in our interests to have a think about teeth. Indeed, oral symptoms may be the first manifestation of an emerging mental health problem. When we assess patients, a holistic assessment of their general health should take no more than a few minutes and may highlight problems which may be addressed more assertively for patients who may not otherwise be able to do this for themselves.

Possible interventions could include a general assessment of oral health on admission using standard oral health assessments suitable for use by mental health staff, encouragement and facilitation of assisting with oral hygiene practices on the ward, improving access to oral hygiene products, careful regular monitoring of oral side-effects of prescribed medication for mental illness and timely referral to dentistry services for advice.

If we are doctors of the head, then surely this means we need to think about all that’s in it- including teeth. An admission to a mental health unit may be as good a reason as any to address what is by and large a hidden but significant global health problem.

Fed up to the back teeth

This patient wasn’t. And she noticed mine. During a recent consultation, I mentioned the initiative running in the mental health unit that week to raise awareness of the importance of oral health and as such, I enquired about hers. She was pleasantly surprised- she showed me she had lost most of her teeth during the course of chronic mental illness. I apologised this had not been considered earlier.

‘Never mind, doc,’ she said as she got up to leave. ‘At least we had a laugh and I saw your fillings.’ 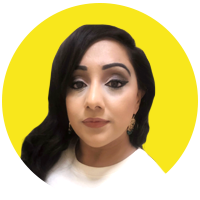 The medicalisation of laughter

At a time when recruitment and retention of psychiatrists in the UK remains perilous- with recent figures indicating less than 3.6% of medical graduates are choosing the speciality, when at...