What You Don’t Know (But Should) 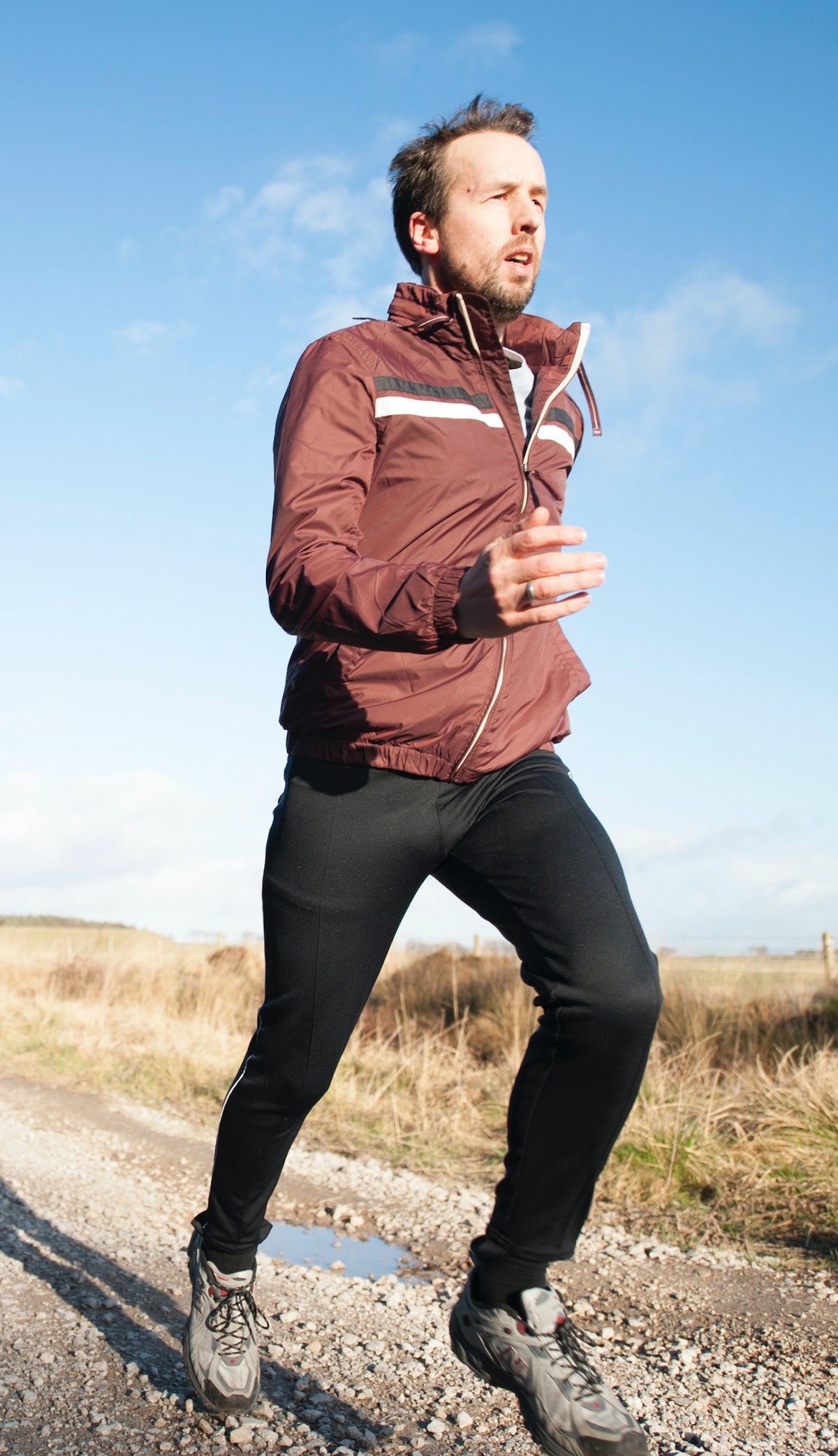 KEGEL EXERCISES ARE NOT FOR WOMEN ONLY! Men, too, have these important muscles that are absolutely vital for pelvic health.

The proper term for exercising your pelvic floor muscles (PFM) is “pelvic floor muscle training,” although the use of the eponymous “Man Kegels” is perfectly acceptable, Arnold Kegel being the gynecologist responsible for popularizing these exercises in women. Alternatively, the term “Hegels,” a contraction of “his” and “Kegels” is a perfectly valid label, having nothing to do with the German philosopher. There are two pronunciations of “Kegels” that are perfectly acceptable, one rhyming with “bagel” and the other rhyming with “Siegel.” I naturally prefer the latter!

Intro to Your Pelvic Floor Muscles: Not for “Show,” but Certainly for “Go”

The pelvic floor muscles (PFM) are hidden muscles that are not external glamour muscles, but are internal muscles that are functionally vital to pelvic and general health. They contribute in a major way to bladder, bowel and sexual function and can be enhanced with training. They may weaken with aging, weight gain, chronic increases in abdominal pressure (straining with bowel movements, chronic cough, etc.), a sedentary lifestyle, and with pelvic surgery.

The PFM compose the floor of the “core” muscles, the cylinder of torso muscles that function as an internal corset. The core muscles are exceptions to the rule that the key role of skeletal muscles is in joint movement and locomotion. Core muscles do play a role in movement, but their major responsibility is their contribution to posture and the support, stability, and alignment of the spine, ribs and pelvis. They stabilize the torso during dynamic movements and enable coughing, nose blowing, equalizing ear pressure when exposed to a change in air pressure, passing gas, moving one’s bowels, etc. The core muscles are a missing link when it comes to fitness, often neglected at the expense of the limb muscles. Dancers, swimmers, and practitioners of yoga, Pilates and martial arts have exceptional core strength.

The PFM have three main functions (easily remembered by 3 S’s): supportive, sphincter, and sexual. Supportive refers to their role in helping to secure the pelvic organs in their proper position. Sphincter function denotes their important contribution to urinary and bowel control. With respect to sexual function, the PFM are a vital partner to the penis, a collaboration that is an absolute necessity for optimal functioning, similar to the relationship between the diaphragm muscle and the lungs. The PFM stabilize the erect penis, blocking the exit of blood (acting as a natural tourniquet) to help maintain penile engorgement and erection and contract rhythmically at the time of orgasm, facilitating ejaculation by propelling semen through urethra.

Trivia tidbit: The blood pressure of a rigid erection is over 200 mm, the only place in the body that hypertension is normal and necessary for proper function. You can thank your IC muscle for this!

The “ejaculator” muscle is the BC muscle. The BC surrounds the inner, deeper portion of the urethra. In its relaxed state, it acts as an internal strut that helps anchor the deepest, internal aspect of the penis. When the muscle is contracted actively after urination, it compresses the urethra to expel (ejaculate) the last few drops of urine that sit in the deep urethra. During sex, it helps support and engorge the spongy erectile body that surrounds the urethra and the head of penis. At the time of climax, it is responsible for the expulsion of semen by virtue of its strong rhythmic contractions.

Trivia tidbit: You know your BC muscle is working properly if you can (1) easily expel the last few drops of urine after urinating and (2) have powerful and rhythmic ejaculations. If you are experiencing post-void dribbling, weak ejaculations and erectile dysfunction, it is a telling clue that your pelvic floor muscles may need some conditioning.

Exercising the PFM to augment strength, power and endurance is beneficial on many levels. Urinary control issues can improve, including stress incontinence (urinary leakage with activities and exertion), urgency (the sudden desire to urinate), urgency incontinence (the sudden desire to urinate with the inability to get to the bathroom on time to prevent leakage), and post-void dribbling (leaking small amounts of urine after completing the act of voiding). Furthermore, improvement or prevention of bowel control issues will accrue. PFM conditioning can improve sexual performance, enhancing erectile rigidity and durability as well as ejaculatory control and function.

The PFM are the saddle of muscles that run from the pubic bone in front to the tailbone in back. It is important to understand that they are NOT the muscles of the abdomen, thighs or buttocks.

The next time you need to empty your bladder, interrupt your urinary stream so that the flow stops completely and be cognizant of the muscles that allow you to do so. These are the PFM, the same group of muscles that allow you to tighten up the anus. When contracting the PFM, the feeling will be of your “seat” (the part of your body that is in contact with a bicycle seat when cycling) moving in an inner and upward direction, the very opposite feeling of bearing down to move your bowels. One helpful image is movement of the pubic bone and tailbone towards each other. Another helpful mental picture is thinking of the PFM as an elevator—when engaged, the elevator rises to the first floor from the ground floor; with continuing training, you can get to the second floor.

10 Ways to Ensure That You Are Properly Contracting Your PFM

Gaze down: The base of your penis retracts inwards towards the pubic bone as you contract your PFM.

Gaze down: The testes rise towards the groin as you contract your PFM.

Place your index and middle fingers in the midline between scrotum and anus and feel the PFM tighten as you contract them.

You get a similar feeling as when ejaculating when you rhythmically contract your PFM.

When touching your erect penis, you feel the erectile chambers surge with blood as you contract your PFM.

You can elevate your erect penis (lift and point) as you contract your PFM.

You can stop your urinary stream completely when you contract your PFM.

After emptying your bladder, you can eject the last drops of urine that remain in the urethra when you contract your PFM.

The Nuts and Bolts of PFM Contractions

There are 3 types of PFM contractions (easily remembered by another 3 S’s):

Snaps: High intensity PFM pulses lasting < 1 second per cycle, the contractions that occur involuntarily at the time of ejaculation.

Shorts: Slower and less intense clenches of duration from 2-5 seconds, with equal time allowed for the relaxing phase.

Sustained: Less intense clenches sustained for 10 seconds or longer with equal time allowed for the relaxing phase, the type of contractions used when one has a strong urge to urinate or move their bowels but has no bathroom access.

When doing a PFM clench, it is important to use the full range of motion going from complete relaxation (muscle lengthening) to full contraction (muscle shortening). Do not neglect the relaxing component!

The goal of PFM training is to increase PFM strength, power, and endurance. PFM training exercises can be done sitting, lying down or standing. Maintain good posture and body alignment and do not hold your breath. Focus and concentrate on isolating the PFM and contracting only them and not the buttocks, abdomen, or thighs. Contract the PFM carefully and deliberately, with mindfulness and intention.

PFM training is a “slow fix” as it will take a number of weeks to notice a meaningful difference. After completing a training regimen, the exercises must be maintained because a “use it or lose it” phenomenon will occur if the muscles are not exercised consistently, just as it will for any exercise.

Siegel’s Kegels recommendation is for a 4-week program followed by a maintenance program. The exercises should be done a minimum of 3-4 times/weekly, more frequently if you desire and are not experiencing soreness or fatigue. If possible, do 3 sets with a one-minute break between sets. Remember to allot equal time to the relaxing phase as for the contracting phase. Each week try to progress by increasing the intensity of contractions, decreasing the time to maximal intensity, and increasing the duration of short contractions (shorts) towards a goal of 5-seconds.

Week 5 and beyond: Maintenance PFM training can be achieved by doing the week 4 regimen twice weekly.

Urinary/bowel urgency: Clench your PFM several times, briefly but intensively and the bladder/bowel reflexively relaxes and the intense urgency should disappear.

Urgency incontinence: Clench your PFM rapidly several times prior to trigger exposure—hand washing, key in the door, running water, entering shower, cold or rainy weather, etc.—to preempt an involuntary bladder contraction before it occurs (or diminish or abort it after it begins).

Sexual enhancement: Focus on the involuntary rhythmic contractions of your PFM that occur with ejaculation and augment them by explosively contracting your PFM, increasing the intensity of the contractions.

I highly recommend the following exercise programs (disclaimer: I am co-creator of this program): PelvicRx (www.PelvicRx.com). Well-designed and easy to use, it is a follow-along and interactive pelvic training DVD that offers strengthening and endurance pelvic floor exercises. It provides education, guidance, training and feedback to confirm the engagement of the proper muscles and is structured so that repetitions, contraction intensity and contraction duration are gradually increased over the course of the program. This progression is the key to optimizing pelvic strength and endurance. The streaming version with digital access can be obtained at Private Gym (www.PrivateGym.com).

My book that many have found to be useful in their quest for pelvic fitness: MALE PELVIC FITNESS; Optimizing Sexual & Urinary Health can be purchased on Amazon in paperback or e-book format.

Furthermore, our pelvic floor physiotherapist colleagues are the absolute experts of all pelvic floor matters and if you are experiencing difficulties understanding how to exercise these muscles are the go-to physical specialists who can help you become master of your pelvic domain. Consider them to be your personal trainer for the pelvic floor and so much more.

Don’t Know What You’ve Got

The Thanksgiving holiday is all about gratitude and giving thanks for what we have. I am most grateful for my good health. Many take their health for granted until disease...

Are You One of the 7% of Healthy Americans?

A July 2022 Journal of the American College of Cardiology article entitled “Trends and Disparities in Cardiometabolic Health Among U.S. Adults, 1999-2018” written by Meghan O’Hearn, a doctoral candidate at...