The Life Cycle of Emotion in Medicine

What Embracing Emotion Can Teach Us

Interviewing for medical schools was intense, excruciating, and terrifying. Despite the difficult questions, there are three that stand out to me. The first was to differentiate sympathy from empathy, where I spent 30 minutes defending my answer to be met with complete silence. He could have asked me anything, yet he sat in silence for almost my entire interview and asked me to explain emotional differences between two incredibly similar words. Or are they? I have been left to contemplate this repeatedly, and I have come to realize my first medical school lesson happened before I was even in training.

That day, he taught me to see how we as physicians need to examine emotions, become aware of our capacity to both feel and heal, understand our patients, share their struggles and triumphs even if we haven’t walked in their diagnoses, and take the time—even if it is painful and met with silence—to realize the gravity of our position is not only responsibility for people’s lives but to be emotionally available. “Who is the English major? I always like to start with them,” was my second question. Oh, great. That was me. They want me to be eloquent, perhaps quote Hippocrates’ Corpus. Well, that wasn’t me. I prefer Chaucer, delight in composing satirical limericks and loathe correct grammar. I take pleasure in breaking those rules in everything I write. Why? My emotional tone fills the pages, as if speaking with a friend without confinements of structural prose. This is how I speak with patients, too: unfiltered, honest, and genuinely myself. So, when asked if I was stranded on an island and could only choose one book, I immediately responded it would be filled with only pictures. I felt sudden remorse because how would I defend this to a room full of scientists? I explained my purpose was to find others and communicate through images to learn together. I saw my purpose as forming connections, bridging my knowledge with images and concepts others understand, and merging our understanding as one.

I apply this daily, explaining vasculature as plumbing, hypercholesterolemia as junk in our pipes, and hypertension as a fire hose instead of the kitchen faucet. I had no idea this idea would resonate with me so early, but there I was, prepping for scientific questions when the question ended up a discussion about the art of communicating effectively and relating authentically to patients. The final question was straightforward: “You’re in a clinic with no supplies your patient needs. What next?” “I go find them!” I said with a naïve and much too excited response. Not eloquent again. “What if you can’t” was the response, so I answered I would keep searching, even in the next town until I found what was needed, because that is what doctors do: we don’t quit. My response wasn’t polished or completely practical, but it was genuine, and I believed I would be the kind of doctor who would make anything happen for my patients. The question doesn’t stand out as much as what the physician said in reply. “You remind me of myself back then. I was naïve, optimistic, and thought I could change the world. I’m not like that now; medicine isn’t like that now; it isn’t that simple.” He was kind, and his tone wasn’t condescending but rather cautionary and almost protective. We dialogued about how upon entering training, one needed to be penultimately optimistic to survive the arduous years of medical school and residency, so upon completion, despite being scathed and jaded, you could preserve some humanistic hopefulness. The concept shocked me to hear a physician admit to losing part of themselves through this process. So, I did what most of us do. I went to medical school anyway. I pulled a Netter’s worth of all-nighters with my study groups, lost touch with social events and politics, missed my best friend’s wedding during finals week, moved across-country for residency, started a new life away from anyone I knew, ran codes on 32 hours of no sleep, cried when failing to wean my long-term patients off their vents and withdrawing care, and I woke up and did it all again.

Through years of training, my perspective changed, and I developed the protective emotional boundary I had been warned about accruing. My medical friends experienced the same effect, and although we commiserated about it, we also embraced disallowing our emotions to surface as this was our survival. House of God was our new doctrine because we had lived it and understood it. We graduated, scattered across the country again, became attendings, focused on building our practices, and occasionally caught up to learn that the light at the end of the residency tunnel was still in the distance. Why, after all that work, from the very first interview until now, had I arrived at such a far place from where I started? I concluded once I was an attending, I would be happy again as I had “made it.” Arrival fallacy stung, and it made practicing medicine more difficult. That’s when I began reevaluating my perspective. I started focusing on rebuilding my naivety, rebuilding my emotional capacity to go to the next town for my patient, and allowed myself to be vulnerable. I let myself feel. I cried with patients, hugged them, focused on humanity first and doctoring second. My intentional emotional suppression lifted, and I saw medicine could be restored to how I idolized it from the very beginning. My office became joyful, and I understood my meaning. Sure, there are days where I still practice healthy separation and remove myself emotionally for self-preservation. This balance, though, has granted me fulfillment in my own life while affording me the ability to be present with my patients who need both a healer and a listener. The lessons were simple, and they were there from the very beginning. Sympathy. Empathy. Communication. Authenticity. Relatability. Intentional optimism and purposeful hopefulness. 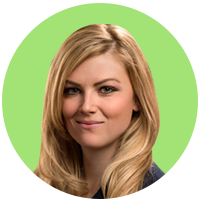 As Winter Fades to Warmth

There is such beauty that arises when we simply smile at our children’s faces. Their roaring belly laughs, their absolute delight in catching snowflakes on their tongues on an early...

Yes, Your Doctor Was a Sorority Girl

Patients often comment on my attire other than my white coat, particularly my impractical footwear, until I finally broke down and purchased Danskos to avoid being called out for my...

Is It Okay to Say I Don’t Like My Job?

There are days I hate being a doctor. Okay, let’s be honest—there have been weeks, and with the current pandemic, the whole past year has been an entire theme park...