Under The Radar In Jewish Baltimore 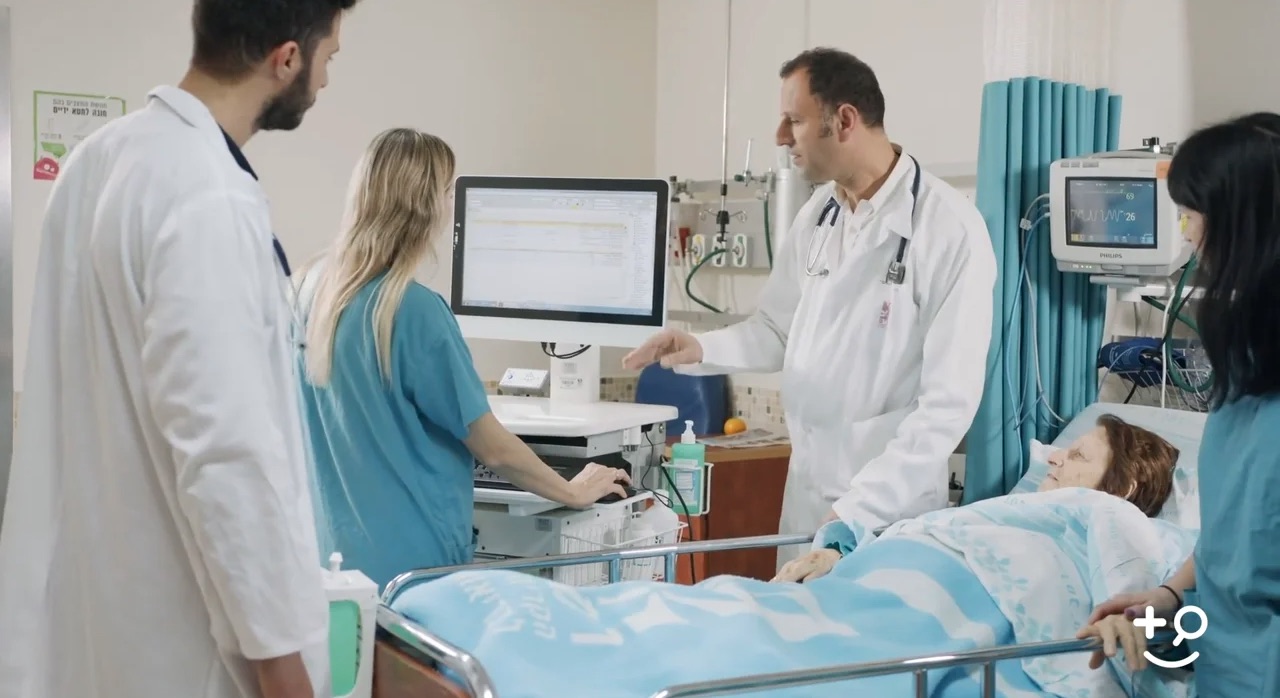 Less than an hour into her 3 p.m. to 11 p.m. shift at Medstar Union Memorial Hospital’s emergency department, Dr. Stacey Feinstein saw a young man complaining of chest pains, a middle-aged woman known for continuous drinking and repeated trips to ERs with ensuing health issues and a man suffering from post-surgery complications with a large open chest wound. A Jehovah’s Witness, the patient’s religion does not allow acceptance of blood products, thus preventing him from receiving a needed transfusion when his blood count dropped too low.

A wound VAC, or vacuum-assisted closure, had been installed to aid healing; when his blood count reached an acceptable level, the wound could be closed.

“Taking the gauze away, you could see his heart beating under the muscle,” said Feinstein upon returning from the patient’s room to an area that appeared to be the department’s central nervous system. The large common area, accessible from all directions, was filled with the sounds and activity generated by many computers, phones, doctors, nurses and administrative staff. Clearly a communication hub, doctors there continually input information about patients and discuss situations with other staff.

Typically three doctors treat patients during a shift, along with many nurses and support staff. On this particular day, a red alert signaled there were no available critical care beds or cardiac monitoring devices; patients needing those services were redirected to other facilities.

Even with the incessant sounds of monitors beeping, phones ringing and intercom calls overhead, a sense of calm pervaded the department.

“People have this image that everyone’s running around, people are throwing things, everybody’s sweating and cutting people open,” said Feinstein. “You need cool heads to prevail in the emergency department, because you have to think through things, you have to say, ‘What am I going to do next? What just happened and what do I need to do to fix it? Or, what did I do to change what was going on?’ And so you need to be a more laid-back, calm, cool, collected sort of person.”

Feinstein knew her whole life that she wanted to be a doctor.

“And then as a sophomore in high school I took chemistry and hated it, so at the ripe old age of 15, I decided that I couldn’t be a doctor because I hated chemistry,” she said with a laugh.

Fast forward several years and a string of accomplishments: Feinstein completed an M.B.A. and was in a good sales job. Still, she knew her heart wasn’t in it. Her desire to become a doctor resurfaced. She wasn’t tied down to anyone or anything, so she consulted her sister and her parents and received their support.

“I figured rather than 20 years down the road thinking what if, I’m just going to go ahead and do it,” she said.

She completed the post-baccalaureate chemistry and science courses she skipped the first time around and at age 30 entered medical school in New York; she completed residency and rotations in her native New Jersey. She knew early that she was interested in emergency department work and was drawn to Baltimore to be closer to her sister and other family members. At 39, she got her first job out of medical school at Union Memorial, where she’s been since 2009.

Dr. Masha Rand has worked with Feinstein for just over two years. She noted it’s not that common to find an atmosphere in medicine that allows the combination of personal female friendship as well as professional collegiality.

“But there are a lot of female physicians here in the ER, so the atmosphere is professional and very female friendly,” said Rand. Regarding working with Feinstein, she said, “I feel comfortable talking to her about my patients and bouncing off those ideas, but we can also talk about babies and hair salons, and it feels really comfortable.”

For Feinstein, difficulty comes in other facets of her job; she’s not only a doctor, but for any given patient she also serves as a kind of investigator/ social worker/secretary. When patients don’t know their medical or surgical history or the medications they’re taking, Feinstein’s job is to find out. The hardest part, though, comes in telling family members that a loved one has died.

Through it all, Feinstein feels she made the right choice in becoming a doctor.

“I love what I do,” she affirmed. “I never wake up and say, ‘Oh, I’ve got to go to work today.’ I’m so glad I did it, that I changed careers, because I did wake up mornings in business saying, ‘Oh, I have to go to work!’”

Feinstein and her husband, Bob Vogelsang, a veterinarian for the military, live in Reisterstown. Their daughter, Hazel Rose, was born in April 2013.

“I think it’s a good role model for her too,” Feinstein said of her daughter, “to see someone who loves their job and doesn’t just do it because they have to.”