What are Psychoactive Substances?

The World Health Organization (WHO) defines psychoactive substances as essences which when taken into your body affects your mental processes. The term “psychoactive substances” is a neutral and descriptive term for a whole class of substances whether legal or illegal. The adjective “psychoactive” does not necessarily imply dependence or abuse, although it is commonly associated with addiction because of its effects in the brain.

Psychoactive substances can be classified in different ways.

Depending on your intention of using, psychoactive substances can be classified as therapeutic or recreational. Medicines are therapeutic substances however, these could also cause some side effects affecting our mental processes (like sleepiness, sluggishness, etc.). Alcohol and tobacco, on the other hand, are considered recreational because you only use them during recreational activities.

Depending on each country, psychoactive substances can be legal or illegal. Some countries in the world consider marijuana (Cannabis sativa) legal but some countries do not.

Psychoactive substances can also be classified into the way these substances enter your body. It could be by inhalation, orally or by injection.

These are substances that activate the central nervous system and increase its activity. Cocaine, amphetamines, nicotine, and caffeine are just a few examples of stimulants.

These are also known as hallucinogens since they alter mental perception. Examples are LSD, ketamine, and marijuana.

These substances decrease the activity of the central nervous system and enhance inhibition. Alcohol, barbiturates, and benzodiazepines are just a few examples.

This classification is still too broad despite its usefulness because there are substances belonging to the same class but may present differences.

That is why I’m going to discuss the top four psychoactive substances that I believe you might be struggling to avoid, if not eradicate completely from your system.

Any alcoholic drink contains ethanol. Ethanol is a type of alcohol produced by fermentation of grains, fruits, and other sugar sources.

About 33% of the world population drink alcohol, making it one of the most widely used psychoactive substances. A discovery of an ancient jug dating back from the late Stone Age suggests that alcoholic drinks existed as early as 10,000 B.C. It just shows that drinking has been a part of many cultures.

Beer is a beverage made from fermented grain mash, typically from barley or a blend of grains and flavored with hops. It is also carbonated due to its natural fermentation process. However, if the fermented mash becomes distilled, it is called a spirit.

Wine is a beverage made from fermented grapes and other fruits. Wine takes longer to ferment than beer and takes months or years to age. That is why its alcohol content is about 9% to 16% alcohol per volume (ABV).

Why do you consume alcohol?

Any alcoholic beverage served before a meal is called apéritif. It is served to stimulate the appetite. Common apéritifs are wines, liqueurs, and dry champagne which are usually dry rather than sweet.

An alcoholic drink served after a meal is called digestif. They are served after meals to improve digestion. Brandy, wines,and herb-infused spirits are just a few examples of digestif.

As a culinary ingredient

Wine is used as a flavor agent, primarily in stocks and braising since its acidity lends balance to rich savory or sweet dishes. There is no fear for being intoxicated because the alcohol has evaporated during cooking.

Alcohol is a depressant. In low doses it can cause euphoria, reduces anxiety, and increases sociability. In higher doses, it can cause drunkenness, stupor, unconsciousness, or can lead to death. Long-term use can lead to an alcohol use disorder, cancer, and physical dependence.

Alcoholic drinks contain 6.93 kilocalories per gram of alcohol. It also contains 10 to 15 grams of carbohydrates. That is why excessive daily intake may contribute to an increased body weight and “beer belly”. Alcohol is known to make the insulin response to glucose more active. It “instructs” the body to convert consumed carbohydrates into fat and suppresses carbohydrate and fat oxidation. Ethanol is directly processed in the liver therefore, chronic excessive intake of alcohol can lead to fatty liver which eventually leads to liver disease. 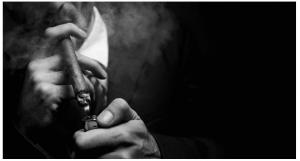 The dried leaves of the tobacco plant are rolled (as in cigars), or crushed and put into smoking implements (as in pipes), or processed and put into a small cylindrical paper (as in cigarettes). The dried leaves are then burned and the resulting smoke is breathed in to be “tasted” (as in menthol cigarettes) and inhaled. The inhaled smoke delivers active substances into the lungs, absorbs into the bloodstream and reaches bodily tissues.

Smoking dates back as early as 5000 B.C. and has been recorded in different cultures around the world. It is carried out as part of religious ceremonies or rituals to help induce trance-like states altering their minds for purposes of divination or spiritual enlightenment.

However, nowadays, people smoke for different reasons. Some say they started smoking because they were curious at first. Some say it was due to peer pressure. Others say it’s a bonding thing, to beat boredom, to let time pass by. Others reasoned that smoking let them think deeply, when in fact, it wasn’t the cigarette that actually helped them solve the problem; it was stepping away from the problem and taking a break. And speaking of taking a break, stepping outside to have a smoke gives them an excuse to take a break. It all boils down to these: no one in his right mind would take up a habit that has been proven to cause lung cancer and all of these reasons are just excuses.

What makes it difficult for you to quit is the symptoms of nicotine withdrawal. Physically, your body reacts to the absence of nicotine. Mentally, you are experiencing changes in habit and behavior which you find challenging. Emotionally, you might feel that you’re deprived or have lost something valuable.

Thus, psychoactive substances not only refers to medicines but also illegal drugs.

Throughout human history, people have been using different psychoactive drugs for thousands of years. They use it to celebrate, to perform rituals, to deal with grief, etc.

But the use of drugs involves risk. And with risk comes harm. And harms can be acute or immediate like in vehicular accidents, or death from overdose. Or harm can be chronic like in the development of heart disease or cancer. These harmful effects vary depending on the characteristics of the drug, route of administration, and dosage. 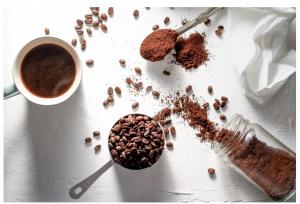 Coffee is a brewed drink prepared from roasted coffee beans. These coffee beans are seeds of coffee berries. Ripe coffee berries are picked, processed, and dried. Dried coffee seeds, which we usually refer to as “coffee beans” are roasted to varying degrees depending on the desired flavor. Roasted beans are ground and then brewed to produce what we drink as coffee.

Coffee is dark, bitter, acidic, and has a stimulating effect due to its caffeine content. It is one of the most popular drinks in the world and can be prepared and presented in various ways — hot, iced, espresso, latte, etc.

Coffee drinking dates back to the mid-15th century Yemen and it spread from Asia to other parts of the world.

Studies show that moderate consumption of coffee is safe within usual levels of intake, is more likely to improve health, and mildly beneficial as a stimulant in healthy adults. Some say that coffee does have antioxidant properties which could reduce risks of some diseases, although the credibility of some of these studies are questionable.

The consumption of psychoactive substances generates multiple effects in the person’s brain depending on the qualities of the substance and on the form of use and the amount consumed. Beyond that, there are psychological situations that frequent users encounter: addiction, abuse, dependence, tolerance, and withdrawal.

Many people think the terms abuse, addiction, dependence, and tolerance are pretty much the same thing. However, each term means something different about how psychoactive substances affect a person’s brain.

Abuse is any inappropriate use of legally prescribed medications or illicit substances. Thus, you are using a substance in a different manner for which it is not intended or in amounts which are in excess of what is safe over a period of time. When you are abusing a substance, you can stop taking it if you decide to do so without experiencing any withdrawal symptoms because you understand that you should not be using the substance inappropriately. However, abuse of psychoactive substances can lead to addiction.

It is considered a disorder because it already alters the structure and functioning of your brain often and its effects are long-lasting. The alterations in the brain can result in changes in personal, social, occupational, and other harmful behaviors observed in those who become addicted to substances. 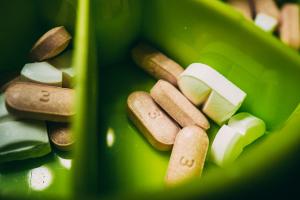 In Lifestyle Medicine we always promote a healthy lifestyle which embraces the idea of holistic well-being. In Lifestyle Medicine, you increase your control over your activities of daily living, striking a balance between choice and responsibility, between people and the environment. It focuses more on enabling people to increase control over their health than curing diseases.

Most people who practice a healthy lifestyle are engaged in health-promoting actions such as following low-risk drinking guidelines, avoiding smoking, and adopting safer use techniques. Promoting health actions involve a variety of motivational strategies and social marketing campaigns.

The whole human experience is complex. Helping you understand that complexity, and showing you the skills on how to manage it, helps you become actors rather than victims of these psychoactive substances in your life. Since many of you use psychoactive substances often or in part, either to promote health and well-being (like medicine and supplements), or to celebrate events (like an occasional champagne) promoting Lifestyle Medicine along these lines involves helping you manage your substance use in a way that it maximizes benefit and minimizes harm.

As for the withdrawal syndrome, it is best carried out in a substance abuse treatment facility that provides medical detoxification. Medical detoxification ensures that medical professionals are available to ensure you remain physically and emotionally safe by monitoring your vital signs and your state of mental health. Your physical stability that involves the removal of the psychoactive substance from your body is the first goal of detoxification. After that, your psychological withdrawal symptoms would be addressed. 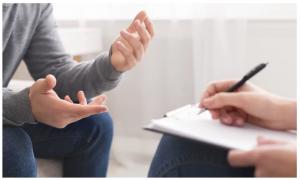 For centuries, people have been using psychoactive substances to promote health and well-being. However, these same substances have caused harm to individuals and to society. Therefore, Lifestyle Medicine should revolve around helping people manage their substance use as safely as possible in order for the Lifestyle Medicine approach to be meaningful and successful. Our goal is healthy people in healthy communities.

If you are having problems dealing with psychoactive substances, feel free to schedule a consultation. I will help and work with you to make changes at whatever pace you are comfortable with. There is also a health program that might suit your needs. If you want to hear from me discuss more about Lifestyle Medicine, feel free to listen to my podcast. If you want to be updated with news and features from this website, subscribe to my newsletter or reach out at letedelita@gmail.com. 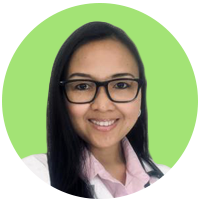 How Exercise Can Propel You to Start Changing Your Lifestyle

Ever since I’ve re-launched this website, I started discussing Lifestyle Medicine and its six areas of focus. However, changing for the sake of living healthier seems daunting. Even the term...

We are now into the last area of focus in Lifestyle Medicine: support. As mentioned before, humans are social animals that have a desire to be close with other people...