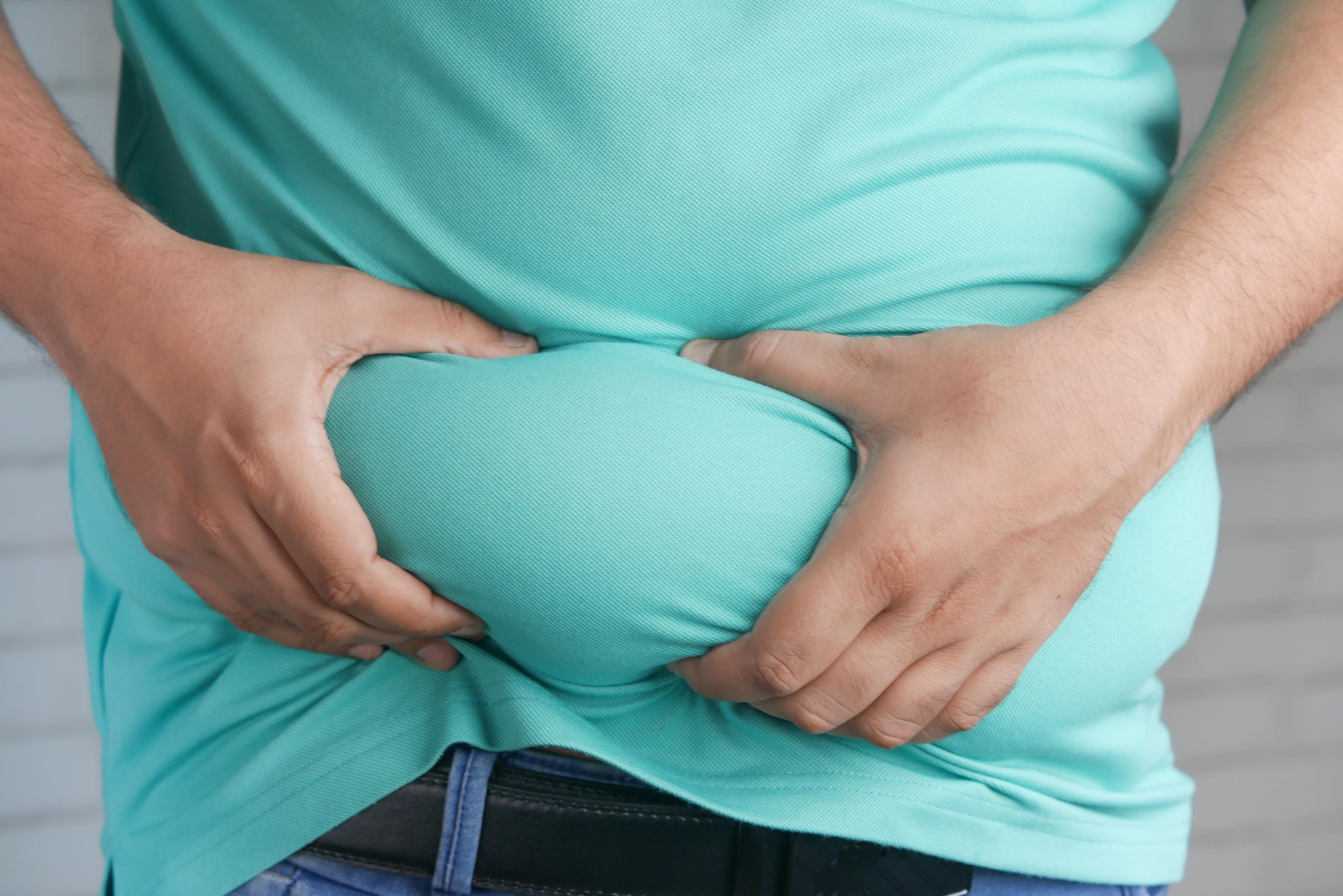 There are some fat deposits on the body that are tenacious and virtually impossible to lose despite the healthiest of diets and plenty of physical activity and exercise. Time and gravity can be cruel conspirators!

Yours truly is not overweight, generally consumes a healthy diet, exercises daily, yet has an annoying and stubborn little roll of fatty abdominal tissue around his waist that obscures any possibility of sporting the lower aspect of a “6-pack.” It has transformed the configuration of his navel to more horizontal than circular and leaves him feeling less lean and fit than he would like. He has failed the “pinch an inch” test. In the grand scheme of things, having aspects of a “dad bod” is a minor issue, yet the abdominal pudge annoys him, frustrates him, and makes him somewhat self-conscious and vulnerable to the critical voice in his mind. Some would say that he is being petty and vain and should own up to his age and accept the inevitable changes that occur. His wife thinks that he has a mild form of body dysmorphic disorder, and she just might be right. Body dysmorphic disorder is defined by Diagnostic and Statistical Manual of Mental Disorders V as a “preoccupation with one or more perceived defects or flaws in physical appearance that are not observable or appear slight to others.”

Changes in body shape – including the accumulation of fat around the waist – are typically more pronounced and more common in middle-aged women as opposed to middle-aged men.

Prior to menopause, women tend to store more of their fat in their hips and thighs, resulting in a pear-shape. After menopause there is a striking change in the location of fat storage, with less around the hips and thighs and more around the midsection, resulting in more of an apple-shape. Men, as well, tend to accumulate more belly fat, but at a slower pace. Some of this female/male difference has to do with the abrupt nature of menopause as compared to the gradual decline of testosterone in the aging male. This midsection accumulation of adipose tissue is tenacious and resistant to measures used to remedy it. The downward force of gravity further complicates the issue, as fat often surrenders to this force, making the accumulation of this fatty roll even less attractive.

Resignation: Accept what is undesirable but virtually inevitable. Practice self-compassion and understand and embrace the fact that some midlife belly fat is the norm for this stage of life.

Exercise: Core exercises to strengthen the underlying abdominal and oblique muscles, particularly yoga and Pilates, can be helpful. Resistance exercises combined with aerobic exercises are a powerful combination.

“Fighting” weight:  In the formidable battle of the bulge, maintaining the leanest weight possible is key. As you lose weight and become svelte, some of that belly fat will be metabolized by the body and burned as energy. However, this subcutaneous fat is notoriously stubborn to lose and even if diminished, may leave you with some saggy abdominal skin.

Massage: Massage has a stimulating effect on skin and the underlying subcutaneous tissues and muscle and can improve blood flow and possibly stimulate collagen and elastin production. I have my doubts about whether it actually helps reduce belly fat, but nonetheless, massage unquestionably feels great. Self-massage using home rollers is an alternative to using a massage therapist.

Cryolipolysis: Fat cells can be destroyed by freezing them. CoolSculpting is one such process that may marginally reduce spot accumulations of fatty tissue; however, it may have side effects including pain, numbness, and can result in irregular, firm, lumpy areas of flesh.

Liposuction: A cannula attached to a vacuum is inserted via small incisions and fat cells are sucked out of the area of concern to re-contour the body.

Plastic surgery: If all else fails, there is always plastic surgery to rescue the day. For a substantial fee, abdominoplasty (“tummy tuck”), can be performed, trading belly blob for a hopefully insubstantial scar. This can be particularly useful when sagging abdominal skin is a key component of the issue.

The idiomatic expression “a wolf in sheep’s clothing” refers to something that appears harmless but in reality is hostile. I reverse of the term — “a sheep in wolf’s clothing”...

Finasteride is a medication commonly prescribed by urologists and dermatologists for symptomatic prostate enlargement and male pattern baldness, respectively. Several years ago when I was using Dragon Dictation to help compose...

Since I love animals, the following proverb makes me cringe: “There’s more than one way to skin a cat.” And so, there are many options to treat the annoying urinary...