Where Did All the Flu Go?

As previously printed at the Imperfect Dad, MD blog:

In the Fall of 2020, there was a growing concern in the medical community that a winter of rising COVID cases plus the expected Flu season would throw our resources over the edge. There were several communities where ICU beds were at capacity, cases were rising with no end in sight, and the death toll continued to rise. Plans began to be put in place to prepare for the disaster that was to come.

It is now February 2021, and the flu apparently lost its invitation in the mail (like most of us did during the Christmas season). As COVID cases continued to rise or become stable over the winter, flu did not rise as expected. We have had late flu seasons in the past, but one would expect some cases to arise throughout the early winter months. So, what happened?

As some of you may already be aware, much of our flu season is due to the flu season in the Southern Hemisphere. Typically, their strains will match evenly with our strains, allowing for an attempt to make an effective flu vaccine. However, this year the southern hemisphere saw a decrease in flu cases. We also have had very little travel from those locations to the United States, preventing spread from the typical international travel.

Are you washing your hands more on a daily basis than you were a year ago? Do you keep hand sanitizer with you everywhere you go? Do you keep your kids from licking the grocery store floor? We have become more conscious about personal sanitation and hygiene since SARS-CoV-2 came to the United States. This has most likely played a role in preventing spread of certain illnesses, including the flu. However, we continued to see an increasing number of COVID cases despite this, so maybe we aren’t doing as good of a job as we thought.

These have been two of the common recommendations we have seen with COVID. Wear a mask, distance when able, etc. Although we still have seen COVID cases increasing this winter (luckily now decreasing in most places in the US since vaccinations have been rolling out), other viral infections have dramatically dropped this season. Our kids tend to be great reservoirs and spreaders of the flu, RSV, and other illnesses. Improving their hygiene, wearing masks at school, and distancing when appropriate has most likely contributed in some part to the decrease in spread of these viral cases.

This is actually a proven phenomenon, and there is growing evidence that this could be contributing to our current situation as well. It is not uncommon to see seasonality with specific viral infections. Flu during the winter, Enterovirus during the summer, Adenovirus, Rhinovirus, etc. But why the seasonal changes? Some would argue that Vitamin D deficiency is the primary driver for influenza, but why would that be any different for other viral infections? If Vitamin D greatly improves our immune system, you would expect it to play a role with these other viruses as well throughout the year.

One case of this viral competition occurred when H1N1 (swine flu) first began infecting humans. As it swept through various countries in Europe, one country seemed to escape its initial onslaught: France. Coincidentally at the same time France was having a surge in Rhinovirus cases. As the rest of Europe fought this version of the flu and cases increased, France’s cases remained low as Rhinovirus cases surged. However, as the Rhinovirus infections began to fall, cases of H1N1 began to rise.

Researchers began to evaluate why this may be the case. After a Rhinovirus infection, cells in the nasal passage released certain types of interferons that appeared to inhibit the infection of H1N1 in those patients. We also see here in the United States how Rhinovirus season surges at a different time than Influenza season, most likely due to a similar scenario.

So, could SARS-CoV-2 be causing a similar viral competition with the flu and other viruses similar to that seen during the H1N1 season in France? It is possible. All forms of viral infections are currently down relative to last year. Our hospital releases a weekly “Incident of Isolates” report, letting us know what the common viral infections are now compared to last year. Other than COVID, we are mainly seeing Adenovirus as well as Rhinovirus and/or Enterovirus (our lab test can not differentiate between the two). However, the number of these cases are significantly down compared to last year as well.

I believe based off all the information above we are seeing improvement in other viral cases due to ALL the factors involved. Viral competition can definitely explain one or two viruses being lower in prevalence this year; however, the full scale drop in most other viruses indicates that social distancing, masking, and improved hygiene is playing a role as well.

With that said, I still recommend getting a flu vaccine. As COVID vaccination rates increase and prevalence of infections drop, we very well may see a flu season In March or April. Can you imagine a summertime flu? We won’t know for sure what happened with the flu until we roll around to next winter. Until then, I hope you all stay vigilant in your personal hygiene, continue to wear your mask when appropriate, social distance when indicated, and take care of one another. 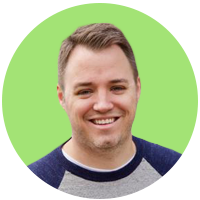 Embracing Imperfection as a Parent and What I Did About It

Below is my first post on my blog written in May 2020 at www.imperfectdadmd.com. It discusses my journey with embracing my own parenting imperfections as well as how it has...