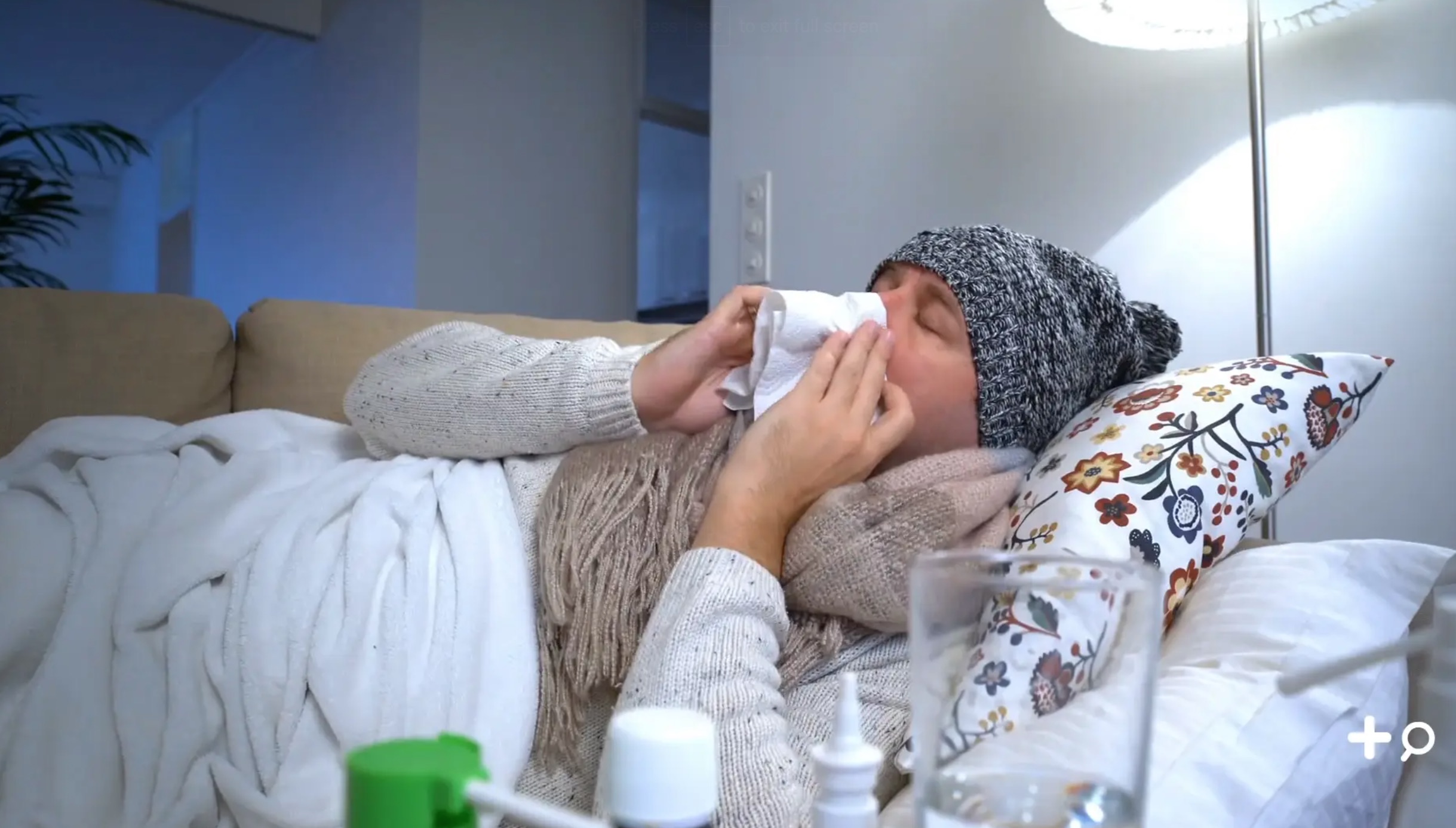 The advent of winter not only brings colder weather and shorter days. It also means that the cold and flu season has arrived.  While flu shots reduce the likelihood of contracting the flu, a vaccine against the common cold is not available.

Why isn’t there a vaccine to prevent the common cold?

Colds are caused by hundreds of different viruses, so a single protective vaccine would be difficult to develop.  Since most people recover from colds without lasting effects, there is a lack of interest and funds for long-term research to eliminate these viral infections, and the medical community tends to invest in research efforts to protect against more life-threatening illnesses.

How are the symptoms of a cold different from the flu?

The symptoms of a cold, which are usually much milder than the flu, include sore throat, congestion, sneezing, even-colored nasal discharge or sputum, low-grade fever (below 101.5° F), coughing, and acute hoarseness.  A person with the flu, can have similar but more severe symptoms as well as a higher fever, body aches, chills and fatigue.  Symptoms of a cold usually begin within three days of exposure to the virus and may last for as long as three weeks, although most people recover within a week.  The flu may last for as long as two weeks, with the most severe symptoms appearing during the first week.

Through history, remedies for colds have ranged from greasing the sufferer’s neck with chicken fat and wrapping dirty socks around it, to eating warm, mashed turnips.  While the dirty socks may have served as a warning to others to stay away from infected people, there is no scientific evidence that either greased necks or turnips resolve colds.  Modern zinc based over the counter remedies have similarly failed to be supported in well controlled studies. The conundrum that people confront in the treatment of colds has more recently been popularized with the adage, “Starve a cold; feed a fever.”

Is this sound advice?

Contrary to the adage, starvation as a cure for a cold is not recommended.  Fortunately, treatments for colds are relatively inexpensive and easy to follow.  The best advice is to get plenty of rest and drink lots of fluids, particularly water.  Periodic nose-blowing helps to prevent mucus from blocking the sinuses.  To reduce the potential for earaches, it’s best to cover one nostril while gently blowing through the other.  Hand-washing is the best way to minimize the spread of germs, particularly after nose-blowing.

Coughing, caused by tickling sensations in the throat, can be mitigated by increasing hydration and sucking on lozenges to maintain moisture.  Irrigating the nasal cavities with aerosolized saline can help with congestion. Other simple home remedies to help alleviate cold symptoms include sleeping with an extra pillow to elevate the head, gentle gargling with a warm water and salt solution to moisten a sore throat, and taking hot, steamy showers to moisten nasal passages and promote relaxation.  If your cold is severe or lasting a long time, or if you have high fever, chills, or “the shakes,” it is wise to consult your physician to rule out influenza (the flu) or progression to sinusitis and to obtain prescriptions for stronger decongestants, mucus-reducing medications, and cough suppressants, if warranted.

Colds are rarely treated with antibiotics unless intra-nasal examination confirms the presence of a sinus infection and symptoms have either persisted longer than 1-2 weeks or have become progressively worse.

What if cold symptoms persist?

One guide to remember is the 2:2:2 rule.  If you have persistent symptoms that are acute for more than 2 weeks, chronic for more than 2 months, or last despite 2 treatments prescribed by a primary care doctor, then seeing a physician who specializes in the care of the ears, nose, and throat (ENT) is suggested.  The ENT specialist has access to tools to visualize the sinuses, the inside of the throat, the larynx (voice box), and the esophagus (swallowing tube) to detect problems and rule out other more worrisome medical conditions.