Signs of a heart attack you need to know

Signs of a heart attack you need to know 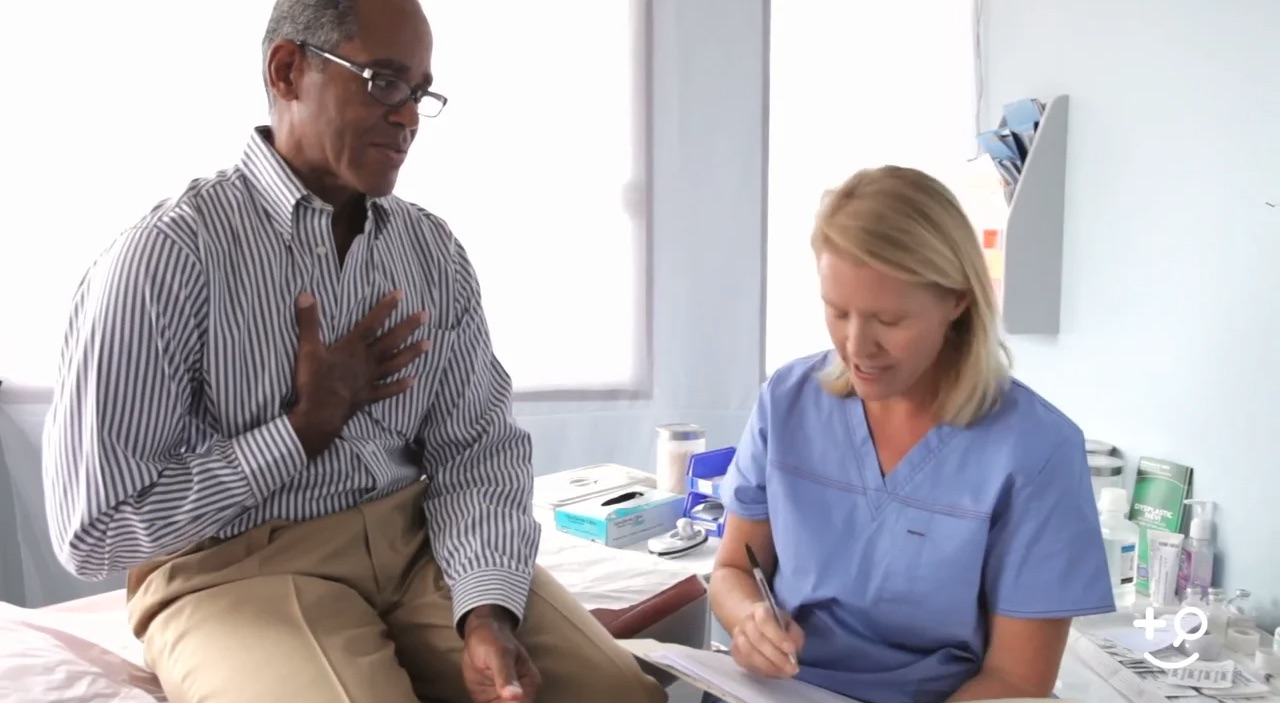 What does a heart attack feel like? It’s important to know the most common warning signs of a heart attack, which is when the heart artery is suddenly blocked. Seeking help promptly and early improves outcomes and survival. And while the symptoms of a heart attack can differ from person to person, knowing the common symptoms can save lives.

What is a heart attack?

A heart attack, or myocardial infarction, is when one of the arteries to the heart is suddenly blocked off. This occurs when a plaque, which forms due to cholesterol build-up in the artery, suddenly ruptures and a clot forms. This causes blood flow to the heart to abruptly decrease, depriving a part of the heart of oxygen. This is an emergency and a stent or bypass surgery, to open up the completely blocked artery, is lifesaving.

Seeking immediate medical attention by calling 911 is important because the quicker the artery can be opened up, the better chance that the heart can recover.

Importantly, the plaques that tend to rupture are not always the large, obstructive ones. Studies have found that the plaques that often lead to heart attacks can just as likely be small and non-obstructive (which are the kind that are not picked up on a typical stress test since they aren’t large enough to impair blood flow). This is why lifestyle changes, which lower cholesterol throughout the whole body and improve systemic health, are so important.

What are the most common signs of a heart attack?

While the symptoms of a heart attack can be different from person to person, the most common symptom is chest pain or discomfort. This can also be associated with pain elsewhere, as well as other symptoms.

Chest pain or discomfort – Chest pain may feel more like discomfort, pressure-like, tightness, squeezing, or dull rather than sharp or knife-like. The discomfort may be difficult to describe. It is typically in the center of the chest, but may also be left-sided or even right-sided, and is typically felt throughout the chest rather than one specific spot. It can start slowly and get more intense, or come on suddenly. It usually many minutes, but can also come and go. It may be provoked by exercise or stressful event.

Other pain – Heart attack pain can also be felt in the upper abdomen, neck, jaw, back, or one or both arms

Other symptoms – The most common other symptoms include excessive sweating, nausea or vomiting, fatigue or dizziness.

Can you have a heart attack without chest pain?

Yes! In fact in one study of patients who presented to a hospital with a heart attack, one third of them did not have chest pain. These patients were more likely to be older, women, and have diabetes.

In another study of patients having heart attacks and no chest pain, the most common symptoms were shortness of breath, diaphoresis (sweating), nausea and/or vomiting, and dizziness or passing out. These are known as atypical symptoms.

In both studies, those who had heart attacks without chest pain were more likely to be misdiagnosed on admission to the hospital and have higher rates of death compared to those with chest pain.

Can you have a heart attack and not know it?

Yes. This is called silent myocardial infarction and is different than having atypical symptoms. In this case, there is evidence of a heart attack by testing such as an electrocardiogram or blood tests, but the person has had no symptoms at all (or the symptoms were so mild, they weren’t recognized). It is often found incidentally on routine testing, and may be as high as 20% of all myocardial infarctions.

More recent studies utilizing advanced imaging techniques such as cardiac magnetic resonance imaging (MRI) have found 8% of the previously healthy individuals had evidence of prior heart attacks , the majority of which were not recognized by the patient or seen on electrocardiograms.

Silent heart attacks are most common in individuals with diabetes, in which it is thought to occur because the nervous system connection to the heart is no longer as strong.

It is a misconception that women don’t have chest pain.

In fact, the most common presentation of women having a heart attack is actually chest pain! However, women are more likely than men to have many of the atypical symptoms described above. Almost as commonly as chest pressure or pain, women will have shortness of breath, extreme fatigue, anxiety, indigestion, or nausea and vomiting. They may also have pain located in the upper back or jaw. Women are also more likely than men to have symptoms brought on by stress or in their sleep.

If you’re concerned you’re having a heart attack, the most important thing to do is seek immediate medical attention by calling 911. This is the quickest way to get to the hospital to be evaluated. They may also advise you to take your medication if you have some (like sublingual nitroglycerin) or aspirin. It’s always better to be on the safe side, rather than ignoring potentially serious symptoms.