Computer-assisted surgery, or CAS, is a method of surgery that utilizes computer technology to deliver a more precise and accurate outcome. In short, surgeons using this technology are able to create a 3D model of the patient’s damaged area and proceed with the operation using the data extracted from the model.

Many medical centers perform this type of surgery on patients, especially for those who have suffered an injury while playing sports. A number of people who play sports often suffer joint injuries, such as knee pain, and may opt for CAS, which is particularly effective in treating these types of injuries due to its accuracy. In fact, it’s estimated that 7% of all joint replacement surgeries are done using computer-assisted surgery.

If you’ve experienced a joint injury while playing sports, you may want to consider CAS. What are the advantages of this widely used method of surgery, and how does it compare to other modern treatments such as robotic surgery?

During a joint surgery, the surgeon uses a type of saw to remove the affected parts of the hip or knee. He or she is guided through this process by markers that the surgeon will designate and assign to the computer based on the patient’s anatomic landmarks, which assist in positioning the saw during the cutting process. The angle at which the surgeon cuts determines the alignment of the replacement (prosthetic) knee. One of the determinants to how well the replaced knee will move and last depends on the accuracy of the surgeon’s cuts.

Computer-assisted surgery allows the surgeon to position the saw at a more accurate angle, compared to manual surgery. He or she is aided during the process by a computer, hence the name. The surgeon is guided by a 3D visualization of the patient’s knee or hip, which allows viewing of the area of operation in a more detailed manner.

Another widely-used method of surgery is called robotic surgery. During this operation, the surgeon may not even have to physically make any incisions. Robotic surgery in joint replacement is different than robotic surgery for the abdomen in that the surgeon is still very much in control and standing with the patient. The incision is controlled by the surgeon’s hand as well as the exposure of the joint itself; however, the bony cuts where the implant will be placed are first identified on the computer screen with multiple iterations of how the newly placed joint will act, move, and feel. Once the plan is accepted, the robotic arm in the hands and control of the surgeon allows the plan to be easily executed with extreme precision. The entire procedure is done using a robotic arm controlled by a computer system. This method of surgery is generally more accurate than CAS, because the robotic arm can repeatedly make identical movements without sacrificing precision.

Should I opt for computer-assisted surgery to treat my sports injury?

According to the American Association of Hip and Knee Surgeons, a number of studies have shown that CAS can improve knee alignment and implant position. However, there is still limited evidence that the improved alignment and position has the ability to improve outcomes compared with conventional instrumentation.  The association maintains that this may not affect your recovery and performance after the surgery.

But if you’re experiencing extreme knee pain due to a sports injury, CAS will be able to help. Some disadvantages of the procedure, however, are its cost and increased time spent in the operating room compared to manual surgery. If you’re willing to accept these shortcomings, though, CAS will get you back on the playing field in no time. 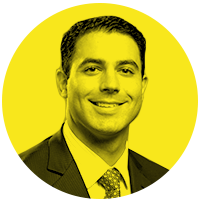 Dr. Russo is a third-generation orthopedic surgeon in Scottsdale, AZ specializing in total hip and knee replacement surgery. He feels very grateful to have the opportunity to serve the Phoenix community as an orthopedic surgeon, just as his father and grandfather have done, for over 30 years.

Recent findings suggest that birth control usage and menstrual cycle may play a role in concussion symptoms and recovery time.