Anyone who has experienced a migraine knows how debilitating they can be. A run-of-the-mill headache is a firecracker. Migraines are atomic blasts. Sufferers often experience nausea, even vomiting. Migraines can last for days. Unfortunately, medications bring a host of side effects. Ironically, overuse of medication can cause ore frequent or rebound headaches. Over the past decade, new devices for migraines have been introduced. So how do they work, and are they effective?

In the United States, over one out of ten people get migraines. People with a family history of migraines or mental illnesses including depression, anxiety, and bipolar disorder are vulnerable. Women are three times as likely as men to have the condition. Unlike most ordinary headaches, people with migraines usually get a warning. Up to one day before the onset of a migraine, during the prodromal phase, people report a variety of symptoms including unusual food cravings, mood swings, and increased urination. The aura phase is as clear a signal as a flashing red light. That’s because before an attack, people often experience visual disruptions. These include spots in front of the eyes, strobing lights, zig-zag lines, double vision, or even reduced peripheral vision.

Because this activity is connected to the back part of the brain that processes visual information called the occipital cortex, recent innovative treatments focus on the region. Called neuromodulation, the devices rely on magnets or electrical currents to alter the activity of neural pathways. Although often called stimulators, many succeed by tamping down brain activity.

Until the 2010s, migraines were only treated by pharmaceuticals and over-the-counter pain relievers. Although aspirin or ibuprofen are generally safe when used as directed, people with severe headaches who abused these drugs faced ulcers and gastrointestinal bleeding. Medication overuse headaches are a common side effect. Although migraine sufferers have had success with newer drugs like lasmiditan (Reyvow) along with commonly prescribed treatments like triptans and dihydroergotamine, all drugs have side effects –– some quite severe.

The options for migraine treatment began changing in 2013. That year, the United States Food and Drug Administration approved the Single-Pulse Transcranial Magnetic Stimulation (sTMS) for acute treatment of episodic migraine with aura in adults. It later received approval for acute and preventive treatment as well; today children over the age of 12 may also use the device. Shaped like a neck pillow, migraine sufferers are instructed to place it at the back of their head and press a button when they either experience aura or a sudden headache without aura. The device then sends a magnetic pulse which creates a minor electrical current along the occipital cortex. This alters the excitability and hyperactivity of the cortical neurons along with preventing cortical spreading depression. It has been shown to effectively prevent full-blown migraines.

A newer option, Cefaly’s electrical nerve stimulator is worn like a headband. An electrode patch is connected to the forehead and sends stimulating electrical current through the head’s trigeminal nerve. Running on a 20-minute timer, Cefaly’s device has demonstrated its efficacy in double-blind tests where half the study group were given identical-looking but non-working devices. Those using the actual devices reported significantly reduced attack frequency and total headache days. They also relied less on anti-migraine drugs. In 2020, the FDA approved it for over-the-counter use without a prescription.

Relying on a smartphone, the Nerivio Migra device is worn on the upper arm––just as a jogger might wear one for music. Instead of tunes, this device delivers electronic pulses that, in a study of over 250 migraine sufferers, showed they enjoyed more pain relief and fewer severe symptoms just two hours after treatment. It has recently received approval of use by adolescent migraine sufferers as well. Another new treatment, the GammaCore, is recommended for use at the first sign of a migraine. After applying a gel to their neck, the sufferer puts the smartphone-sized device to the vagus nerve for two minutes. It can be repeated again at the 20-minute mark and two hours later if the headache hasn’t subsided.

Although the devices most common side effects were mild – concerns like skin irritation, sleepiness, or dizziness – the bigger issue is that these devices cost hundreds of dollars. For many migraine sufferers, however, relief is well worth the price. 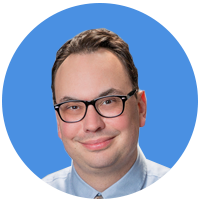 Back Pain: Is It Mind Over Matter?

Research shows that in dealing with back pain, mindfulness and stress reduction can help alleviate symptoms and yield positive results.

A new study has given doctors a set of distinct characteristics that can be used for a fast and correct diagnosis of trigeminal neuralgia.