In early 2020, Chinese officials admitted there was a possibility that a new virus discovered in Wuhan could spread between humans. Less than a year later, vaccines designed to fight the very transmissible and dangerous SARS-CoV-2 (the virus that causes COVID-19) were rolled out. The speed was unprecedented. Some celebrated the achievement. Others worried corners had been cut. So how is the COVID vaccination different from previous vaccines? Even more importantly –– does it mess with my DNA?

In 1963, Maurice Hilleman realized his five-year-old daughter Jeryl Lynn had the symptoms of mumps. A very contagious virus, complications from mumps can include meningitis, pancreatitis, and deafness, among others. Hilleman swabbed the back of Jeryl Lynn’s throat and brought the sample to his lab to culture. On March 30, 1967, the United States Food and Drug Administration (FDA) licensed Mumpsvax –– the vaccine he’d developed from this throat swab. This time between diagnosis and vaccine approval set a record which stood until late last year. In the over 50 years since Hilleman’s work, numerous vaccines have been developed along a faster timeline. Every one of them was soon proven to be ineffective, dangerous, or both. When politicians promised a vaccination response to COVID-19 in less than a year, many were rightly skeptical.

Yet the vaccines developed to immunize people against COVD-19 truly are different. They aren’t just distinct from those that failed. They are distinct from earlier successful vaccines as well. Hilleman’s vaccine, for example, relied on live virus strains from mumps. These were developed in embryonic hens’ eggs and chick embryo cell cultures. This “Jeryl Lynn” strain used attenuated (weakened) viruses. The time for these vaccines to develop can be lengthy. Having the necessary poultry parts for a virus infecting millions is both costly and time consuming.  Although immunization has come a long way since Edward Jenner inoculated a young boy with cowpox lesions to prevent smallpox, people have become sickened when weakened viruses weren’t sufficiently weak.

The messenger RNA (mRNA) vaccines used against COVID-19 are radically different. For one thing, they don’t use the virus at all. Instead, they trigger your body’s immune response by “looking like” the coronavirus. In general, an mRNA vaccine teaches our cells how to make a protein or part of a protein. This motivates an antibody-producing immune response. The coronavirus is named for its distinct shape –– the region along the spike protein of the virus that helps it attach to a receptor on human cells. The way COVID-19 mRNA vaccines work is by instructing our immune cells to make a very similar structure. After this similar structure is created, the instructions break down even as the cell displays this spike protein. Your body’s immune system immediately recognizes this intruder.  Antibodies are produced to fight it. This is identical to what happens in a real battle with COVID-19–except vaccinated people don’t have to risk getting sick with the virus, and their body has learned exactly what to do when and if it encounters the real thing.

Messenger RNA vaccines won’t affect your DNA. Although your DNA can be affected by a variety of factors including ultraviolet radiation and toxic chemicals, mRNA never enters the nuclei of your cells, the storeroom for your genetic material.

The COVID-19 vaccine’s development was fast because of unprecedented funding levels and scientific involvement. In the United States, Operation Warp Speed was compared to The Manhattan Project –– a similar collaboration between the government, military, and private industry. That World War II-era effort led to the atom bomb. In the U.S., the mechanisms for the vaccine’s development were put in place in 2005 during President George W. Bush’s administration. After reading an advance review copy of a book about the 1918 Spanish Flu epidemic, he knew something had to be done to protect us against a future similar virus.

Besides the funding and singular focus of medical professionals, the vaccine was aided by the rapid genetic sequencing of the virus. It took years after the first SARS pandemic before its structure was mapped. With SARS-CoV-2, this information was published online just weeks after it was first identified. In mere minutes, scientists across the world were working on an mRNA vaccine.

Questions remain. Long-term side effects and length of protection provided by the vaccine remain unknown. Short-term side effects include fever, chills, and generally feeling terrible for a day. The vaccine triggers an immune response, which means your body is actively fighting an infection –– although you aren’t actually infected. Since the vaccine requires two injections, side effects are often worse with the second dose. There have been a few allergic reactions, triggered most likely by generally benign additives.

In the U. S. and much of Western Europe, it seems as if it’s a race between two types of herd immunity. The more dangerous kind can be seen in the U.S. where it’s estimated that well over 100 million people have been infected by the virus since less than 20% of infections are positively identified. This has come at a cost of over 450,000 deaths. Vaccination-provided herd immunity means immunizing 70% of the population ––– because although those who have had the virus are generally thought to be immune, there will be overlap as most cases aren’t identified. In the U.S., resistance to the vaccine has run around 45%, but the surprising hold outs are among health care workers. Many have witnessed the deaths and hospitalizations from COVID-19 firsthand. They are generally more knowledgeable about medical advances than the public. Yet in some cases, delicate vaccines have spoiled because not enough front-line workers wanted an injection.  Across the world, Israel stands alone. Over 20% of its population has been vaccinated. The country’s heavy investment in its public health infrastructure along with an aggressive, organized public relations campaign has motivated even vaccine skeptics to roll up their sleeves. 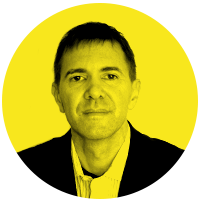 A Promising Future for Transplant Recipients

A pig's kidney has been transplanted into a human without immediate rejection - what could this mean for the future of heart transplants?

Biobanks: What Are They All About?

Biobanks store biospecimens such as blood, organs, and urine and are used by organizations and biotech companies to learn more about diseases and populations.