Sleep is restorative. It renews the mind and the body. If you’ve ever had a restless night right before a busy day at work, you know how difficult work can be. You may have felt short-tempered and unfocused, even a little queasy. Occasional sleepless nights are normal. You may not have connected sleep and heart health, but not getting enough sleep may be as bad for your ticker as being overweight or smoking.

Few cultures value sleep as much as they value labor. The United States is home to the Protestant work ethic –– a gift from the Puritans, who abandoned Europe partly because they felt the continent had become too comfortable. Sure, Italy takes a “riposo” while an afternoon siesta is enjoyed in Spain and across South America. Yet our 24/7 connected world has altered these habits –– and Mexico actually abolished the siesta in 1944. It’s easy to blame our need to communicate across time zones when we should be asleep, but disdain for sleep stretches back across millennia. “Sleep is the cousin of death” is an old Congolese proverb that is still discussed in pop culture.

Few people brag about their naps while “I’ll sleep when I’m dead” is printed on tee-shirts. Unfortunately, you may wind up dead because you didn’t sleep. Studies suggest the optimal amount of sleep for adults is at least seven hours (more for children and teens). Yet in the United States, one out three people rarely get that much. If your boss brags about being just as efficient with five hours a night, they’re kidding themselves. A British neuroscientist thinks anyone who gets up in the pre-dawn hours and tries to survive on less than the recommended amount of shut-eye faces a smoker’s health risks and a heavy drinker’s motor skills. Research bears that out.

When you’re tired, your body releases a hormone called “ghrelin” that increases your cravings for high-calorie food. If you’re sleep deprived, your blood sugar level may spike because your body releases less insulin. Plus, exhausted people generally aren’t motivated to exercise. This is why a recent study found a clear connection between lack of sleep and obesity.

During sleep, you’ll pass through several periods of rapid eye movement (REM) each night. During REM sleep, the brain is active, but the muscles are not. Most skeletal muscles, except those used for eye movements and breathing, are paralyzed during this phase of sleep.

REM sleep is vital. This is when your most lucid dreams usually occur. It’s when the cerebral cortex receives images, sounds, and other data from our thalamus (which is otherwise fairly inactive during slumber). Without this “brain dump”–that often incorporates the day’s events and worries—people may have mood disorders or have trouble with learning and memory.

Diet and exercise get the headlines. Sleep advocates are a bit quieter. However, you could be someone who avoids sugar and processed food while competing in triathlons, but if you’re not getting adequate rest, your health will suffer. So make sleep a priority. Craft your own cave –– a dark, cool room where you go just to sleep. Eat, watch TV, and exercise somewhere else. Avoid blue-light emitting smartphones and tablets along with caffeine and alcohol several hours before bedtime. If you make deep sleep part of your lifestyle, you’ll live not only longer but happier as well. 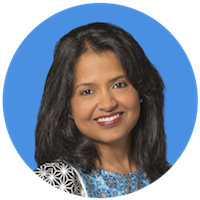 Dr. Patel is triple board certified in neurology, sleep medicine, and integrative medicine. In addition to serving as the Director of Center for Brain Health at Northshore University Health System and as the Founder of iNeuro Institute, Dr. Patel is a Doctorpedia Founding Medical Partner and the Chief Medical Officer of Doctorpedia's upcoming Sleep and Wellbeing Channel.

The Effects of Cannabis on the Heart

Research into the health effects of cannabis is ongoing but we know that it can interact with common heart medications and may have other impacts.

There are many apps out there to help with your heart health and blood pressure monitoring devices - learn about some helpful ones and where you can download them.