Why Are Boys Hitting Puberty Earlier?

Why Are Boys Hitting Puberty Earlier?

In the late 1990s, researchers noticed that both boys and girls across the United States were reaching puberty earlier than usual. Today, the trend continues but scientists aren’t quite sure what’s causing it.

A study published in 2019 in JAMA Pediatrics attempted to get to the bottom of things. Researchers examined school health records from 4,090 Swedish boys born in the years 1947 to 1996. They found that boys born closer to the 1990s reached puberty much earlier than those born closer to the 1940s. And not only that–the researchers found that for every new decade, boys reached peak height velocity, or PHV (an indicator for the onset of puberty) 1.5 months earlier. In 1947, boys reached peak height velocity at the age of 14.2. In 1996, they hit PHV at age 13.7.

One theory for the earlier onset of puberty has to do with the fact that childhood BMI has been steadily increasing over time, although in recent years it’s leveled off slightly. BMI, or body mass index, is a general measure of a person’s weight. But when the researchers adjusted for BMI in their study, they found that boys reached PHV only 1.2 months earlier as opposed to 1.5 months–meaning they still hit puberty earlier.

Other theories explore socioeconomic factors such as nutrition, pollution, or exposure to certain chemicals. Children living in struggling areas are more likely to have issues with getting proper nutrition and be exposed to pollution as well as chemicals, which build up in the body. This theory has some credibility, as a 2012 study by the U.S. Centers for Disease Control and Prevention (CDC) found that girls exposed to high levels of chemicals found in things like cleaning products and paint (common items in most households) had their first periods seven months earlier than girls who were not exposed to the same chemicals. 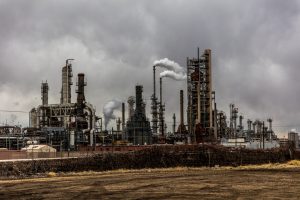 “This study adds to the growing body of scientific research that exposure to environmental chemicals may be associated with early puberty,” said Danielle Buttke, CDC researcher and lead author of the study. Buttke noted that girls in America today are having their first periods at age 12-13, while a century ago they had them at 16-17.

Another study done in 2012 came to similar conclusions as the 2019 Swedish study. Researchers from the American Academy of Pediatrics (AAP) examined data on 4,100 boys, taken from 144 pediatric hospitals and clinics across 41 states. Their conclusions were more statistically significant than those of the Swedish researchers: Boys in America were reaching puberty six months to two years earlier than they were decades ago. In addition, they noticed that African-American boys were starting puberty around age nine, while Caucasian and Hispanic boys were starting puberty at age ten.

Chemicals, poor nutrition, and pollution are likely factors at play, but are they the only ones influencing boys’ onset of puberty? At this point, we simply don’t know.

There are many drugs available for erectile dysfunction, but which ones are legitimate? Here are some scams you should be aware of surrounding ED drugs.