Can You Hear Me Now?

Can You Hear Me Now?

We all have that relative. You know the one–when you try to talk to them, it’s like trying to shout at someone across a noisy room. It might be your grandma who shouts at you over the phone like she’s constantly frustrated even though she’s only trying to say “hello.” It might be your uncle who keeps asking “what?!” no matter how clearly or loudly you are speaking. And, heaven help you, it might even be you on the other side of this dynamic. Do you need to keep the TV at a loud volume for you to hear it reasonably? Does the phone seem quieter than it used to be? Are you constantly missing what people are trying to say?

Know that you are not alone.

According to the World Health Organization, over 5% of the entire world population has some degree of hearing loss. Hearing loss can occur in men and women and at any age. It can happen for a variety of reasons including genetics, certain diseases, chronic ear infections, and of course, simply as a sign of aging.

The most common form of treatment for hearing loss (no matter what circumstance caused the hearing loss or the age of the patient) is the use of hearing aids. A hearing aid is either inserted into or placed behind the ear (or both ears) and, as per the National Institute on Deafness and Other Communication Disorders, “makes some sounds louder so that the person with hearing loss can listen, communicate, and participate more fully in daily activities.” This means that your grandma may have an easier time not sounding like she’s disciplining you over the phone, and your uncle may actually be able to join in family conversations with ease.

“Over 5% of the entire world population has some degree of hearing loss.” -The World Health Organization

While these are the two most popular types of hearing aids in use, two new ones have appeared on the market, both of which are implantable. Unlike the older models that essentially work by amplifying the sounds coming to the ear, these new hearing aids are designed to “help increase the transmission of sound vibrations entering the inner ear.” Indeed, cochlear implants, mainly used for more severe hearing loss, function more along the lines of these hearing aids. 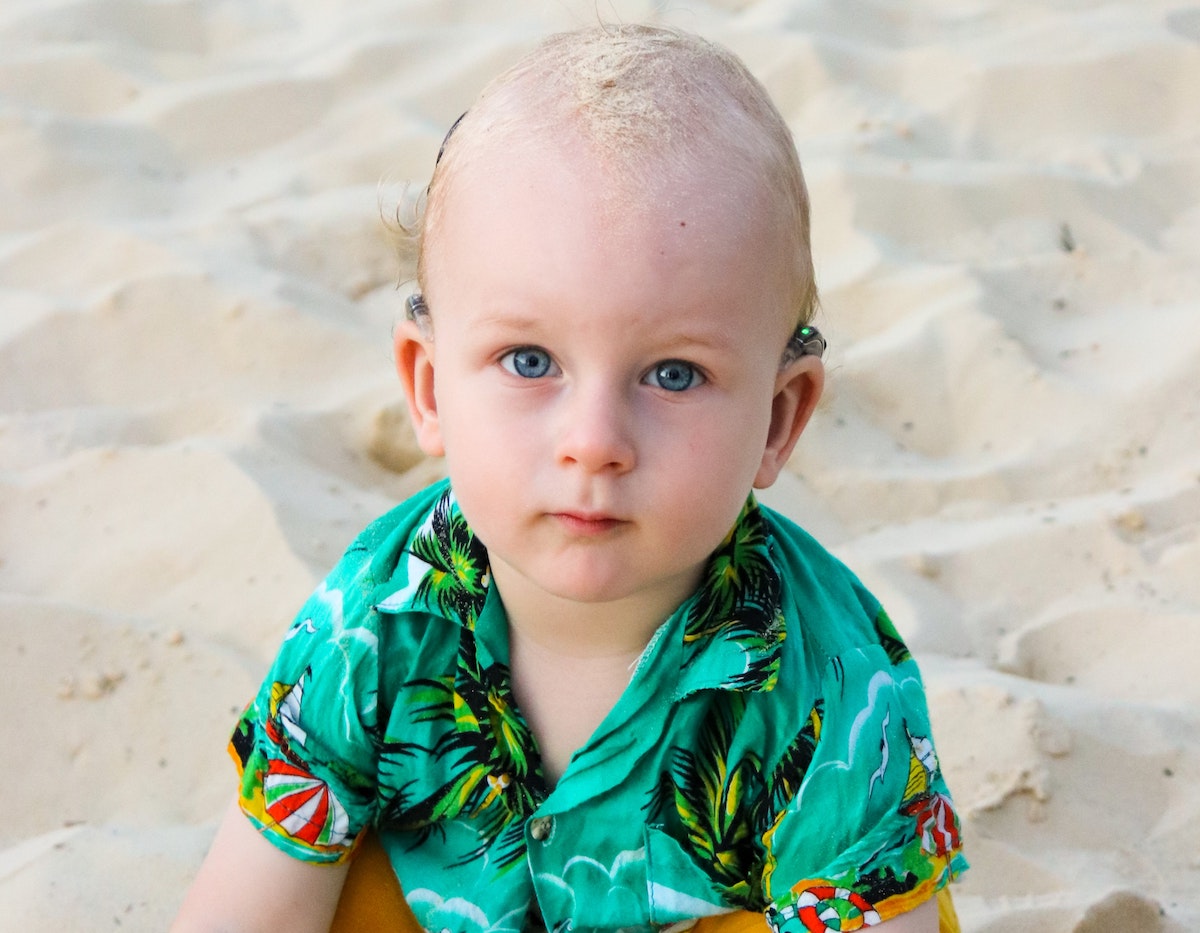 Some forms of hearing aids come with a telecoil: a small coil inside the hearing aids that acts as a receiver and picks up signals that act as an electromagnetic field. These hearing aids will then turn that electromagnetic field into a signal that will transmit whatever sound the patient is listening to, while simultaneously blocking the background noise so the patient can more clearly focus on the relevant sound. Imagine an old television with antennas on top that you had to adjust each time the screen went pixelated … when you finally positioned the antennas correctly, you could clearly see and hear your favorite show again. This is how the telecoil technology works.

To aid the effectiveness of hearing aids and cochlear implants, the Americans With Disabilities Act of 1990 required assistive listening devices in public places (such as in museums). In 2010 it was further refined to require those devices to be compatible with hearing aids, so that people would not be required to take their devices off in order to use the listening devices.

Further progress was made in 2017, when Congress passed the Over-the-Counter Hearing Aid Act of 2017. Many people who would benefit from a hearing aid don’t get one because it can often be expensive, and while in some states health insurers are required to cover them for children, adults usually get no such benefit. The possibility of hearing aids being sold over the counter will mean that more people will be able to improve their hearing situation with these devices.

Hearing aid technology has come a long way from where it used to be, giving people like grandma, uncle, and even you the opportunity to not have to suffer from the repercussions of hearing loss.

Robots are not science fiction anymore - they are being used in various capacities in healthcare including caregiving, surgery, and rehabilitation.

Google has been a world leader in showing how a global corporation can prioritize health and wellbeing with its devices - learn about the latest ones.