Professional football players need large amounts of protein and calories to keep their physiques bulky and muscular for optimal performance on the playing field. But they likely don’t get their calories from fried chicken, pizza, and hamburgers. Nowadays, they mostly stick to a healthier approach. So what exactly do they eat?

“I try to eat healthy,” Zack Kerr, a nose tackle for the Indianapolis Colts, says. For breakfast, Kerr cooks up a plate of eggs with vegetables and a protein shake on the side. And Patriots quarterback Tom Brady is keen on avocado and eggs for breakfast with smoothies throughout the day. But their diets change depending on the season and their training goals. According to NFL nutritionist Susan Kleiner, a quarterback typically needs “a minimum of 4,000 calories a day and up to 6,000 calories a day.” Metabolism is also a factor–if you burn calories fast, you’ll need to eat more to compensate for that. 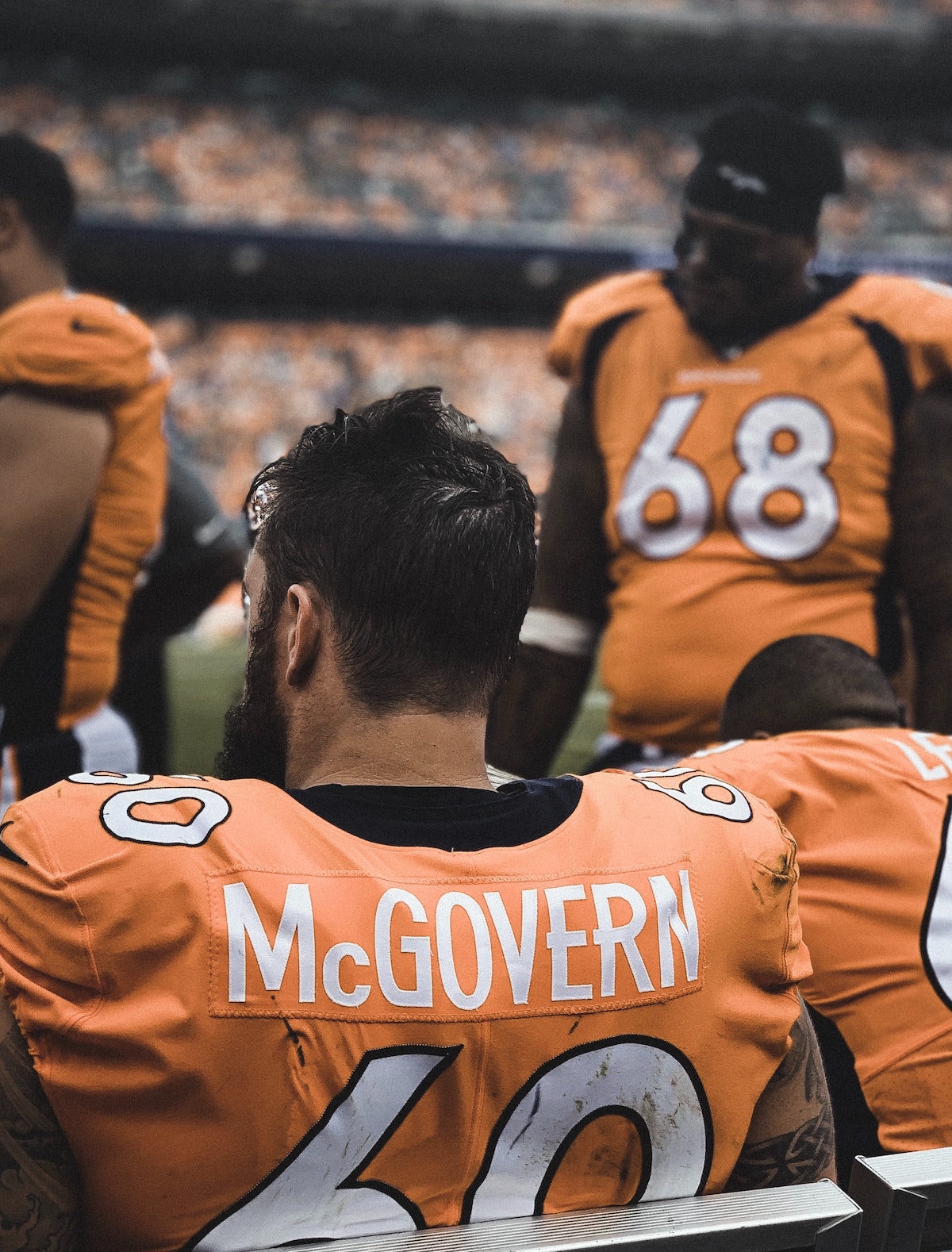 A typical breakfast for NFL players includes the following foods:

While an NFL player’s lunch might include foods such as:

For a snack, peanut butter and jelly sandwiches are popular among NFL players. Beef jerky is also a favorite, while some players prefer almonds and fruit. Most football players get in four protein-packed snacks per day, to keep their energy up.

And for dinner? A typical NFL player’s dinner may include some of the following:

You can see the picture: a balanced meal with plenty of protein, carbs, and vegetables is what most NFL players swear by. But it’s not easy to eat healthy all the time. Pro football players, along with most other professional athletes, allow themselves a cheat day every once in a while. Rob Gronkowski, formerly of the New England Patriots, says his cheat food is pizza in an interview with Men’s Journal:

“A cheat meal for me would be a nice groomed pizza. I love buffalo chicken pizza with a little blue cheese on it. Or just a regular cheese and pepperoni pizza”

And other NFL players? Brandon Graham of the Philadelphia Eagles has a weakness for cheesesteaks, while Geoff Schwartz of the New York Giants prefers pizza, fried rice, and Krispy Kreme donuts. And Buffalo Bills players indulge in donuts and fried chicken every now and then.

If you want to eat like a football player, try cooking up meals with the foods listed above. Chicken, brown rice, and a salad is a good starting choice, with an optional smoothie on the side–but take it easy on those cheat meals.

Are performance-enhancing drugs dangerous for teenagers? PEDs do greatly enhance athletic performance, but their use comes at a cost.

In addition to the physical benefits of the sport, golfing can be a great sport to provide mental health benefits as well.

There are various nutrition tips for young athletes including drinking water or milk and finding good and healthy sources of protein and carbs.