How To Manage A Burn

How To Manage A Burn

Burns are among the most common injuries people encounter. According to the CDC, more than 1 million Americans annually seek medical care for burn injuries.

Burn injuries vary both in form and severity, even for the same type of burn.  In mild cases, they can be treated with simple remedies and will heal over a short period. In severe cases, burns can be devastating injuries that can be fatal or result in lifelong scarring, disfigurement, and chronic pain.

The correct treatment and management of a burn are critical in the first six hours after an injury. Subsequently, the wound’s condition should be checked for up to 72 hours post-injury for signs of infection, swelling, or spreading.

When assessing how to treat and manage a burn, the cause is less important than the injury’s severity. Certain specific circumstances do bear mentioning. Some chemicals and other materials can cause specific types of injuries – Poison Centers can be very good sources of information about specific chemicals.  Burns that result from house fires are typically accompanied by smoke inhalation, which may require specific treatment.  Also it is important to make sure that the burn does not distract you from another serious injury that may have happened at the same time.  An assessment of the size of the wound and the burn depth is critical to the management of burn injuries.

Sometimes called a superficial burn or an epidermal burn, a first-degree burn damages only the outer layer of skin (epidermis). The effect on the skin cells is minimal, with little chance of leaving any long-term damage. The skin may be a bit red, with a certain amount of discomfort, but it generally will not result in blisters. First-degree burns are typically classed as minor burns. 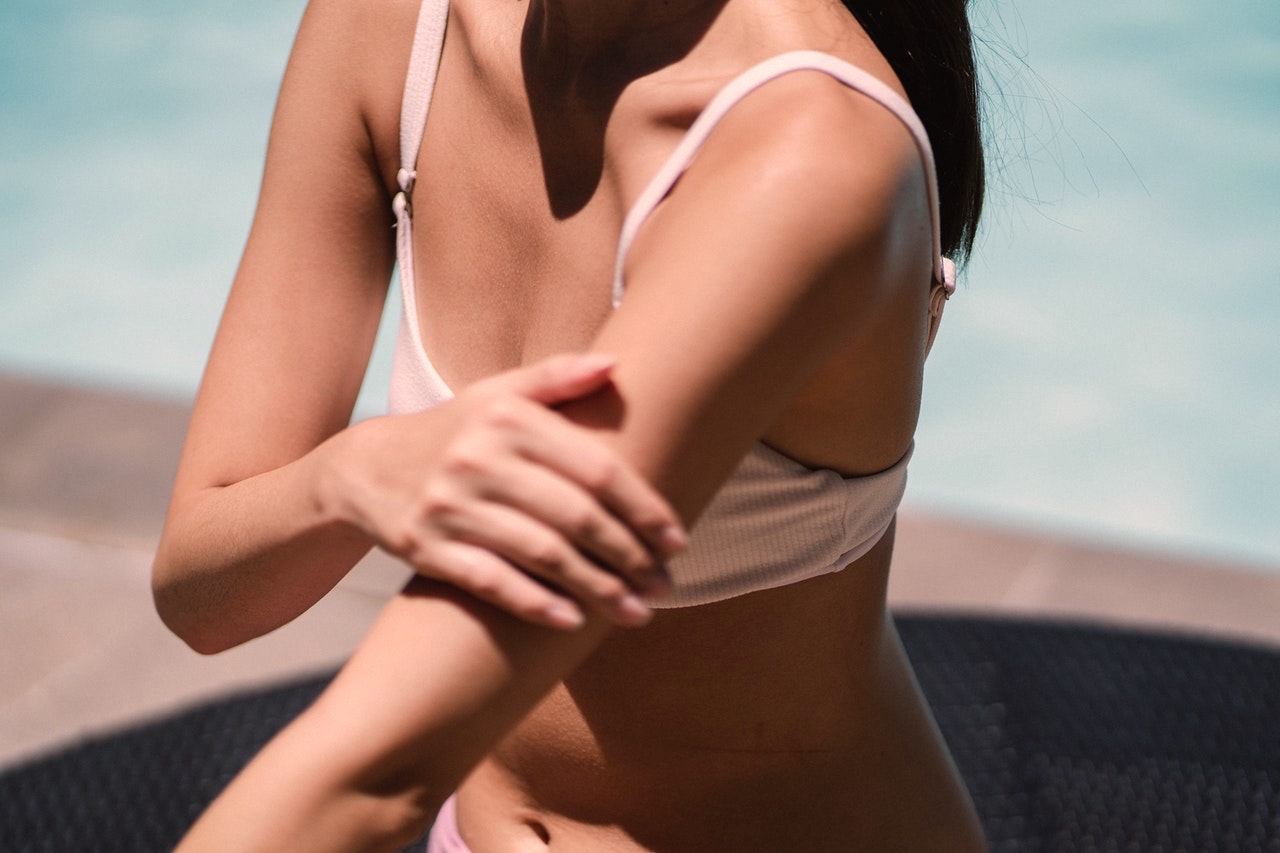 Superficial burns can generally be treated at home by initially soaking the wound in cold or cool water for between 20 and 30 minutes to cool the skin. Contrary to popular opinion, icing a burn may cause further damage to the skin. The injury can then be managed by a combination of over-the-counter pain medications and using an antibiotic ointment or creams with aloe vera to soothe the skin. You can also use gauze dressings to cover the burn to avoid infection. Cotton balls are not recommended as dressings for burn injuries as the fibers may stick to the wound, causing pain upon removal and infection.

If the burn wound penetrates the upper layer of skin and damages the layer beneath it, known as the dermis, it is classified as a second-degree burn. The burn is typically bright red and shiny in appearance and painful to the touch. If the dermis is only superficially burnt, it may result in blisters. Patients are unlikely to suffer permanent scarring. However, if the dermis has a more extensive injury, the skin partially thickens, and the chances of scars are increased.

Treatments for mild second-degree burns are similar to those  for a first-degree burn. They usually take longer to heal than first-degree burns, and the injury should be kept clean. You may want to apply an antibiotic ointment and carefully bandage the affected areas with sterile dressings to avoid infection and help the healing process.

Emergency medical treatment is only recommended for more severe second-degree burns or ones that cover a wide area or go completely around a part of the body like an arm (circumferential). Also certain critical areas such as the eyes, the mouth, and hands are reasons for added concern.

Third-degree burns are typically deep burns that destroy the top two layers of skin, often damaging the nerve endings. Due to this damage, the level of pain felt by patients may be less than with first- or second-degree burns, even though it may be a deeper burn. The wound gives the skin a leathery thickness and typically appears either black, brown, white, or yellow.

A third-degree burn is a major burn and always requires immediate emergency medical attention. If possible, a person should make sure that no clothing sticks to the wound. If this is difficult, it is best to leave it to the paramedics and doctors. 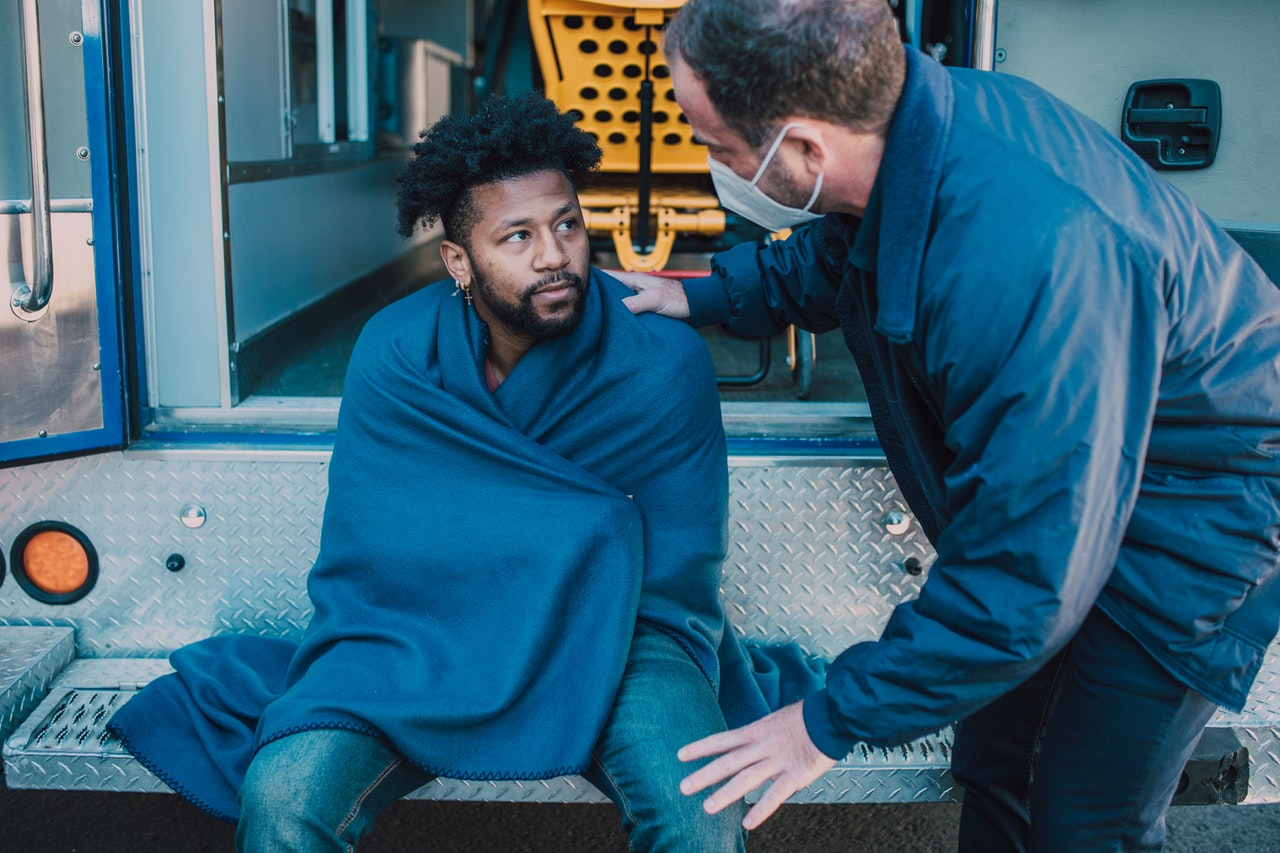 Third-degree burns are usually managed surgically to avoid severe scarring or disfigurement. Surgical procedures can also counter the risk of contracture, which is the tightening of the scar tissue after a severe second-degree or third-degree burn. This may involve patients receiving a skin graft to cover the injury.

Third-degree burns can also leave patients at risk of complications, which can be life-threatening in some instances. All types of burns have a chance of infection as bacteria can enter the broken skin, so all burn patients need to get a tetanus injection or booster if their immunization is not up to date.

However, with a third-degree burn, the risks are higher due to the extent of the damage. Also, shock and blood loss may contribute to the risk of death. There is also a risk of hypothermia for a burn patient, as they struggle to regulate their body temperature.

The correct management and care for burns are critical in minimizing the ongoing effects of a burn injury. Treatment for burn injuries should be based on an assessment of burn depth, size, and severity. In some instances, burns can cause blistering, swelling, and scarring, and in severe cases, they can be fatal.

Most minor burns can be managed by keeping the wound clean. Antibacterial ointments can soothe the injury and prevent infections, and paracetamol or ibuprofen can be taken for pain relief.

For more severe burns, treatments may be needed to clean the wound, and several surgeries may be necessary to cover and replace the affected areas.

That aching tooth might be a warning sign. Like most problems, it will only get worse the longer you ignore it. How should you go about managing tooth pain?

Taking Care of Cuts and Scrapes

Cuts and scrapes are an everyday occurrence for most people--especially if children are involved! Here's how to best take care of them.