Few companies have come to more global prominence than Google. Once an experimental search engine aimed at speeding up and broadening an information search, it has grown to a size genuinely beyond comprehension for most people, leaving few–if any–aspects of our lives untouched. Android devices alone have accounted for noticeable chunks of the world’s population having Google accounts, and that is only the tip of a very large iceberg.

Google, for its part, has been a world leader in showing how a global corporation can prioritize health and wellbeing, and nowhere does that show through more than with Google Health–the tech titan’s way of getting the world in shape. With the advent of 2020, Google has brushed up on health- and fitness-related services. Here are some of the highlights:

This app is Google’s homegrown answer to the wave of fitness apps that followed the creation of the FitBit running watch. Google’s app combines the classic features such as activity trackers or goal monitors that are the mainstay of the fitness app world but also includes the flagship connectivity features that power so many of its products and services. Google Fit eliminates the need for a third-party account and allows for easy synching between devices, making it the health app of choice for many.

The running watch is a dated concept by now, but 2020 could see the industry revolutionized by the introduction of the Google Pixel watch that would take the concept to another level. Although not yet available to the public, it is expected that Google Pixel will feature more accurate activity detection and tracking and support the Google Assistant voice control package to let you stay connected while you work out. 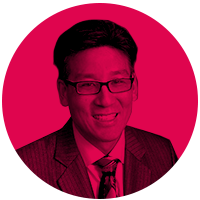 'The fields of data analytics and machine learning have boomed with clear impacts on health outcomes. However, clinicians at the frontlines seeing patients are largely unaware of many of the innovative breakthroughs and how to harness new technology into their practices that could dramatically improve the health of their patients.'

It’s no secret that Google processes a massive amount of data almost constantly, whether through its popular Chrome browser, Android mobile devices, or Gmail mailing service. Like many large tech companies, Google has recognized the power represented by such a quantity of information, but it takes it to a slightly different place. Headed by David Feinberg, Google has begun developing data analysis tools to bring users accurate information to the endless health and fitness related inquiries posed to the search engine every day.

Possibly the most significant breakthrough in machine learning and data analytics comes in the field of cancer research, where Google has produced an algorithm that routinely beats human practitioners in detecting breast cancer from early mammograms. Google’s representative says that this isn’t about replacing doctors, but about putting the best possible tools in their hands when they set out to save a patient.

“I believe Google is already a health company. It’s been in the company’s DNA from the start.” -David Feinberg

A Breath of Fresh AI(r): Can AI Predict Recurrence Of Lung Cancer?

Robots are not science fiction anymore - they are being used in various capacities in healthcare including caregiving, surgery, and rehabilitation.