Testicle Size – Does It Matter?

Testicle Size – Does It Matter?

Size matters –– at least when it comes to testicles. Most men only notice the area downstairs when it’s injured. Yet the size of a man’s testicles may influence everything from physical appearance to behavior. Paying attention to your testicles’ dimensions might help you realize early if something is wrong.

Shaped like ovals, testicles are the male reproductive glands. Cradled inside the scrotum, they are responsible for the production of both sperm and hormones like testosterone. Healthy males have two; one is often smaller than the other. Each testicle measures around 4 x 3 x 2 centimeters. Still, there are significant variations among healthy males.

In childhood, a boy’s testicles are the size of a pea. They grow throughout puberty. In adulthood, they can be slightly larger than a walnut. A 2011 study of sheep connected the size of the testes to both aggression and the animal’s interest in finding a mate. Size has also been linked to sperm production––larger testicles produce more sperm. In fact, one 2008 study concluded that simply measuring a man’s testicular length, width, and depth would also provide information about its function.

The connection between testicle size and a man’s ability to produce motile sperm is vitally important for 21st century couples trying to conceive. Today many are waiting longer to have children. That may make sense financially. The downside is that lower sperm counts are more significant. In around half of all cases where couples are having trouble conceiving, the issue is, well, the man’s issue. Sperm counts can be lowered by smoking (both tobacco and marijuana). They can be reduced by steroid use, excessive drinking, or even preferring tighter briefs to loose-fitting boxers. In the United Kingdom, Allan Pacey is a Professor of Andrology. Studying the male reproductive system and its unique problems has led him to believe that fertility issues are growing. He offers anecdotal evidence about many of the men he and his colleagues see. He’s observed that gym rats who take protein supplements have consistent issues with sperm counts.

Being smaller isn’t all bad. When it comes to testicles, men who have smaller testes may make better parents. According to an Emory University study, there is an inverse relationship between being a good father and having large testicles. The study was based in part on the “Life History Theory.” This theory recognizes a trade-off between reproducing and taking care of ones’ offspring. Energy isn’t unlimited. So scarce resources are either devoted to making babies or taking care of them.The study looked at the nurturing part of the brain––the ventral tegmental area. This vital part of what is known as the reward and motivation system was more active when men with low testosterone and/or smaller testicles looked at pictures of their own child. Of course, individuals make individual choices and responding well to photographs is not the same as devoting hours to childcare. Obviously the minimum investment required of a woman with her offspring is nine months; a man’s is considerably less.

Testicles can decrease in size when a man is immersed in cold water. They also diminish in size as men age. Hypogonadism is a medical condition affecting men with low testosterone production. Besides less body hair and the development of breast tissues, men with this condition usually have smaller testicles than average. Usually treated with testosterone replacement therapy, it often presents in puberty.

Even if you aren’t planning on being a father any time soon, being aware of your testicles’ normal dimensions is very important. Doctors recommend monthly self exams after either the shower or the bath (the hot water will relax your scrotum’s skin and make self examination easier). While you are standing, the Urology Care Foundation recommends that you check each testicle one at a time by firmly and gently rolling it between the thumb and fingers of both hands to feel the whole surface. You may notice a size difference between the two. You may also feel your epididymis. This cord-like structure is found at the back and top of each testicle. What matters most is if you find a pea-sized lump. Testicular cancer is very treatable if discovered early. Discovering abnormalities, not worrying about size, is the best reason to pay attention to your testicles. 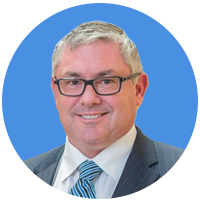 A recent study published in the International Journal of Cancer may have found a link between mushroom consumption and lowered risk of prostate cancer.

How To Treat & Prevent Kidney Stones

More than 1 out of every 8 American men will develop a kidney stone at some point in his life, with the highest risk occuring between ages 20 and 50.

What To Do About An Enlarged Prostate

Also known as benign prostatic enlargement, an enlarged prostate is a non-cancerous condition that most often happens to men in the 50+ age range.